Olivia Newton-John dead at 73: From ‘Grease’ to ‘Xanadu,’ a timeline of the music icon’s career highlights 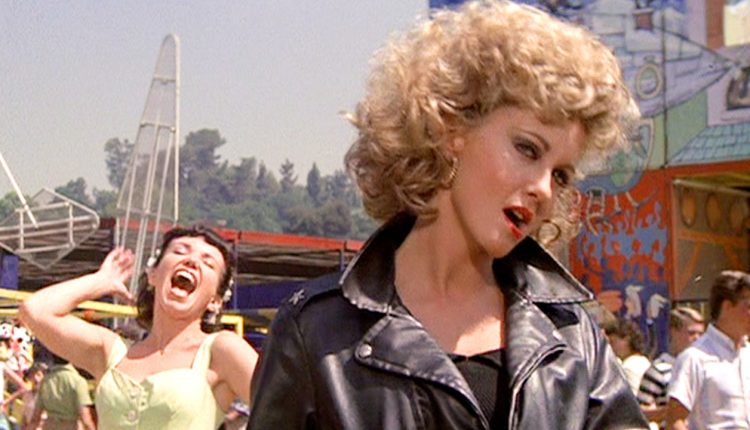 Olivia Newton-John, the Grammy-winning singer who led a successful decades-long career, passed away on Monday at her southern California ranch at age 73.

“Olivia has been a symbol of triumphs and hope for over 30 years sharing her journey with breast cancer,” her husband John Easterling wrote on Instagram. “We ask that everyone please respect the family’s privacy during this very difficult time.”

The star, a longtime resident of Australia whose sales topped 100 million albums, was among the world’s most popular entertainers from 1973 to 1983. She won four Grammys and reinvented herself over the years. Newton-John’s recent albums included “Stronger Than Before;” a holiday collaboration with Travolta, “This Christmas;” and the autobiographical “Gaia: One Woman’s Journey,” inspired by her battle with cancer and by the loss of her father.

Here is a timeline of some of her biggest musical achievements from over the years:

A star is born.

Olivia Newton-John was born on Sept. 26, 1948, in Cambridge, England. She was the youngest child of Professor Brin Newton-John and Irene, daughter of Nobel Prize-winning physicist Max Born. At age five, Newton-John and her family moved to Melbourne, Australia.

Olivia Newton-John had early dreams of becoming a veterinarian but was winning singing contests in high school and before age 20 had toured army bases and clubs and recorded her first single, ‘Till You Say You’ll Be Mine.’ In 1971, she covered Bob Dylan’s ‘If Not for You’ and began a close partnership with a friend from Australia, John Farrar, who produced the song and later wrote ‘You’re the One That I Want,’ ‘Magic’ and several other hits for her.
(Photo by Richard E. Aaron/Redferns)

By 15, Newton-John formed a girl group called Sol 4. In 1963, she was appearing on local daytime TV shows and weekly pop music programs in Australia. After winning a talent contest on the popular TV show “Sing, Sing, Sing,” Newton-John headed to London where she teamed up with her pal Pat Carroll, now known as Pat Farrar. They created a double act called “Pat & Olivia” and they would tour Army bases and clubs throughout the U.K. and Europe.

In 1966, Newton-John cut her first single for Decca Records, a version of Jackie DeShannon’s “Till You Say You’ll Be Mine.” She later recorded a cover of Bob Dylan’s “If Not For You,” which was co-produced by Bruce Welch and John Farrar.

Newton-John made her U.S. album debut with 1973’s “Let Me Be There,” which led to her first top ten single of the same name. It was also her third solo album. She was honored by the Academy of Country Music as “Most Promising Female Vocalist” and earned a Grammy for “Best Country Vocalist.” She scored hits on the country and pop charts with “Have You Never Been Mellow” and “I Honestly Love You,” which won the 1974 Grammy for Record of the Year.

“Grease” is the word.

In ‘Grease’, Olivia Newton-John played Sandy, the nice girl who gets tough in the final act and gets her man.
(Photo by CBS via Getty Images)

In 1978, Newton-John appeared in “Grease” alongside John Travolta, which catapulted her to stardom. She earned a Golden Globe nomination for “Best Performance by an Actress in a Motion Picture – Musical or Comedy.” The film features some of her most iconic tracks, including “You’re The One That I Want,” “Summer Nights” and “Hopelessly Devoted to You.” To date, “Grease” remains the most successful movie musical in history.

Rolls in with “Xanadu.”

Newton-John continued to make her mark in Hollywood with 1980’s “Xanadu,” in which she famously danced with Gene Kelly. While the film bombed at the box office, Newton-John would continue making her mark in Hollywood. Some of her other feature film credits include “Funny Things Happen Down Under,” “Toomorrow,” “Two Of A Kind,” “It’s My Party,” “Sordid Lives,” “Score: A Hockey Musical” and “A Few Best Men.” As for “Xanadu,” it is now celebrated as a cult classic.

In 1981, Newton-John released “Physical,” her fifth no. 1 single and the most successful song in her career. While it sold 10 million copies, some radio and TV stations banned it from being too sexual. In 2021, Newton-John spoke about the song’s lasting success.

“I’m honored, and the people still love the song 40 years later,” she told ET. “I’m thrilled for Stevie [Kipner] because he wrote it, and I never dreamt in my life that ‘Physical,’ 40 years later, people would still be loving it. I feel very lucky.”

Turning to music after cancer diagnosis.

Chloe Lattanzi and mom Olivia Newton-John co-wrote the track ‘Can I Trust Your Arms’.
(Photo by Gregg DeGuire/WireImage)

In 1992, Newton-John was diagnosed with breast cancer. After battling the disease with chemotherapy and a partial mastectomy, she recorded “Gaia” in 1994. After the 20th anniversary of “Grease,” she released “Back with a Heart” in 1998, which featured a new rendition of “I Honestly Love You.” In 2005, she released “Stronger than Before” where a portion of the proceeds went to cancer research. The songs were aimed to provide hope to cancer patients and their families. She co-wrote “Can I Trust Your Arms” with her daughter Chloe.

Olivia Newton-John’s recent albums included ‘Stronger Than Before’, a holiday collaboration with Travolta, ‘This Christmas,’ and the autobiographical ‘Gaia: One Woman’s Journey’, inspired by her battle with cancer and by the loss of her father.
(Photo by Russell Shakespeare / Newspix)

In 2006, Newton-John released “Grace and Gratitude,” which was released exclusively through Walgreens to coincide with her wellness products for women. The album aimed to help listeners relax. Over the years, Newton-John slowed down career-wise to focus on her health. However, she always found a way to return to music.

LUAOlivia Newton-John poses before beginning the 21-day ‘Great Walk to Beijing 2008’ trek along The Great Walk of China to raise money and awareness for the Olivia Newton-John Cancer Centre, at the Jinshanling Great Wall on April 7, 2008, in Luanping of Hebei province, China.
(Photo by Guang Niu/Getty Images)

In 2008, Newton-John released “A Celebration in Song,” in conjunction with her charity walk along the Great Wall of China with other cancer survivors. The goal was raise funds for the Olivia Newton-John Cancer and Wellness Centre in Melbourne.

OLIVIA NEWTON-JOHN OPENS UP ABOUT BATTLING CANCER FOR THE THIRD TIME: ‘I HAVE MUCH TO LIVE FOR’

In 2012, Newton-John reunited with Travolta for “This Christmas,” her take on traditional holiday hits, such as “Baby, It’s Cold Outside.” The following year, Newton-John received another cancer diagnosis but didn’t reveal it publicly at the time. In 2017, she postponed a North American tour after discovering that the cancer had returned and spread to her lower back. She underwent radiation and other remedies.

Double digits for the first time:…