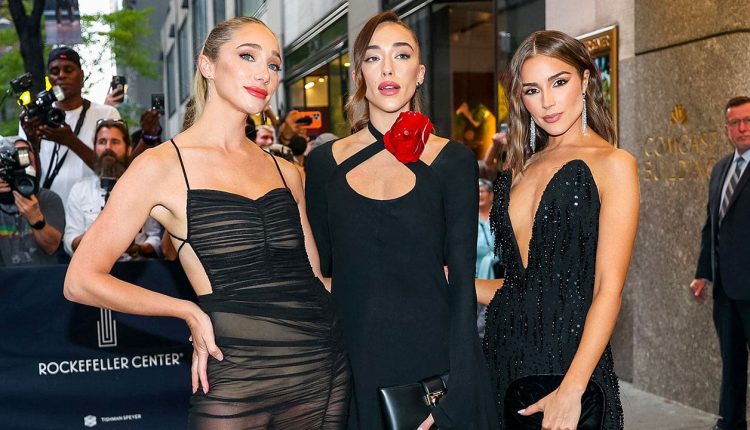 Olivia Culpo got emotional discussing a past relationship during a first look trailer of the new TLC series “The Culpo Sisters.”

A trailer for the upcoming series dropped on October 6. The show stars Culpo alongside her older sister Aurora and younger sister Sophia.

In the trailer, the Sports Illustrated Swimsuit model explained moving across the country and how her sisters followed.

“I moved to L.A. but my sisters couldn’t stand to be away from me, so they moved too,” Olivia said.

“The Culpo Sisters” is a new television show following the lives of sisters Olivia, Sophia and Aurora.
( Jose Perez/Bauer-Griffin/GC Images)

Her parents also made an appearance in the trailer, where they talked about their lack of understanding for what Culpo’s job is.

“They call Olivia an influencer,” Culpo’s mother, Susan, said. “But we don’t know, because we’re not influence by it. Sorry!”

The Rhode Island native and former Miss Universe gave some insight about a past relationship, whose name was not disclosed during the trailer.

“I worry all the time about the future. I always thought by 30, I would be married. I’d have kids,” Culpo shared.

Olivia Culpo got emotional regarding a past relationship she was in during the first trailer for the upcoming show.
(Jamie McCarthy/Getty Images for Harper’s BAZAAR)

“I was with somebody that did really horrible, horrible things. I was made to feel like a less-than human in every sense of the word,” Culpo explained through tears. “I’ve never talked about it before.”

Culpo did not share the name of the ex she was referring to, but she has had a couple of public relationships in the past. She formerly dated Nick Jonas and later dated NFL player Danny Amendola. The two had a very public split.

Culpo is now dating Christian McCaffrey, the Carolina Panthers running back who she has been with since 2019.

Ashlyn Messier is a writer for Fox News Digital.