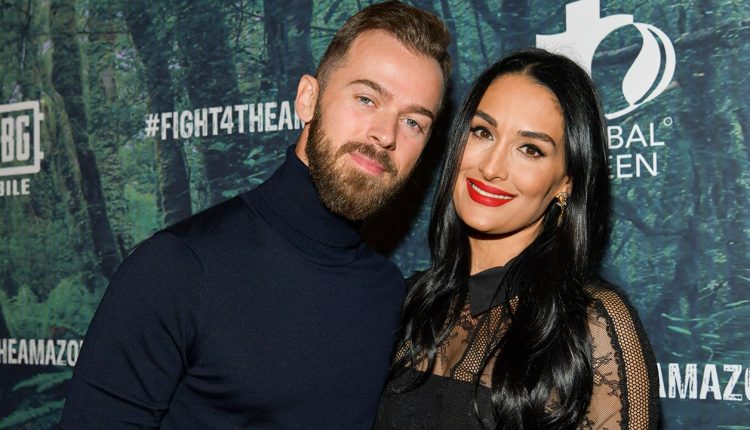 Nikki Bella is happily navigating motherhood – but her niece has some questions.

The WWE Hall of Famer and “Dancing with the Stars” pro Artem Chigvintsev welcomed their first child together in July 2020. The 39-year-old and her twin sister, Brie Bella, gave birth to their sons, Matteo Chigvintsev and Buddy Danielson, a day apart. Brie shares her 5-year-old daughter Birdie with her husband, fellow wrestler Bryan Danielson.

“I realized that I’ve confused Birdie a bit,” Bella told Fox News Digital. “Since I had Matteo before marriage, she’s now very curious. She asked Brie quite a bit like, ‘So you can have babies before marriage?’ And Brie’s like, ‘Well, but Birdie, you should wait until you’re married to have babies.’ And Brie’s always like, ‘Thanks, Nicole.’ And I’m like, ‘What? That’s not my fault.'”

Artem Chigvintsev, left, and Nikki Bella said “I do” in August of this year.
(Photo by Rodin Eckenroth/Getty Images)

Bella and Chigvintsev, 40, said “I do” in August of this year. They chronicled their journey in the upcoming four-part wedding special “Nikki Bella Says I Do.” Bella is also starring in the new celebrity game show “Barmageddon,” which features buddies Blake Shelton and Carson Daly.

As the couple juggles parenthood and high-profiled careers, Bella noted it is important now more than ever to keep the romantic spark alive in their union.

“You know, Artem and I, we have incredible communication,” Bella explained. “I had told him like, ‘I think it’s really important when you express what your love language is to your significant other.’ And I’m very much about, I need affirmations. I need touch. I need to feel desired and wanted. And I expressed that to him. So Artem is very good at giving me that feeling because I always want to feel how he felt the first time. And we just try to keep that fire alive.”

Nikki Bella, left, told Fox News Digital it was important for her to share her “love language” with hubby Artem Chigvintsev.
( Photo by Greg Doherty/Getty Images for DIRECTV)

“Artem and I do have a lot of passion, [and] we try to never lose that,” she continued. “And I know it can happen over time, but we try to make things just spicier. Like not just to have a date night to say we had a date night, but how can we make it spicier, so we could still want each other in that way?”

Earlier this month, Bella told Us Weekly that they are “very good with our sex life.”

“We don’t wait weeks,” she told the outlet. “We’re actually very good in that way. I feel like [it’s] because we both try, but in a way where it doesn’t feel forced… I still get butterflies when we kiss and it’s crazy.”

The pair met when they were dance partners on “Dancing with the Stars” in 2017. It was the same year that John Cena proposed to Bella after five years of dating. In 2018, the wrestlers confirmed that they called off the wedding. While they briefly reconciled, the couple split for good that year.

Nikki Bella and Artem Chigvintsev met on “Dancing with the Stars.”
(Craig Sjodin via Getty Images)

Nine months later, rumors were swirling that Bella and Chigvintsev were giving romance a shot. In March 2019, Bella confirmed they were dating, and in 2020, the couple announced their engagement.

On “Barmageddon,” Bella admitted she was inspired by another married couple – Shelton and Gwen Stefani. The No Doubt songstress is a guest star in the series.

The singers, who first met while coaching on “The Voice,” were married in 2021.

“They’re like the cutest couple ever,” Bella gushed. “Just so crazy in love. I have been a fan of Gwen’s since – I mean, I go from [the] the beginning of the time with No Doubt… So I was fangirling inside. And I was just so in awe of her when she came on the show and played. And then it was just so great to see them all just have fun. When people watch, [they’re] going to be like, ‘This is what they do back at home and how they have fun.’”

“Barmageddon” takes place in Shelton’s bar, Ole Red, in Nashville, Tennessee. Some of the guests competing this season include Sheryl Crow, Kane Brown, Jimmie Johnson and Lil Rel Howery, among others.

“[With] any of our celebrities that come on the show, you could truly tell that they come into Blake’s bar already in Nashville,” said Bella. “They let their hair down, and they have their greatest time ever. And you feel that when you watch. And Carson makes the best drinks ever.”

“But you know what he’s really good at? It’s roasting all of us,” Bella shared about the 49-year-old. “Carson has the best one-liners I’ve ever heard from anyone. I think this is the first environment in which you really get to hear him just freely have his one-liners. He doesn’t hold back.”

Bella noted she is enjoying married life when cameras stop rolling, and she is tackling motherhood with the help of her sister.

“I was so lucky because Brie was like my doctor,” she explained. “She led me through so much. I wouldn’t know what to do without Brie. During the beginning of the pandemic… I wasn’t able to take any classes as a pregnant woman. There were a lot of things I couldn’t do during my pregnancy. So I leaned on Brie for everything.”

“I remember when I was going to the hospital – it could only be Artem and I and the doctor,” she shared. “No one else could go. I remember just feeling so scared not having Brie. But then she was there 22 hours later. She was due a week and a half before me, like how does this happen? But it made us even closer than we already are, which I don’t even know how that’s possible. But I couldn’t have done pregnancy and motherhood without her.”