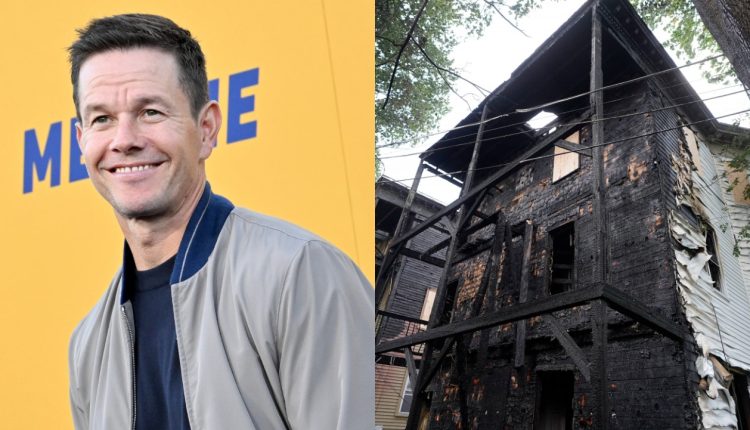 Actor Mark Wahlberg’s childhood home located in a Boston neighborhood was damaged by a fire on Sunday.

A nearby home in the Dorchester neighborhood is said to have caught on fire around 10 a.m. local time Sunday, with winds pushing the flames toward the other homes, Fire Commissioner Paul Burke said. The flames eventually took over three other nearby homes.

“So, it was a total of four three-deckers that were on fire, mostly in the rear of the buildings on the porches,” Burke said.

JIM WAHLBERG OFFERS MESSAGE OF GIVING BACK DURING CHARITY GOLF EVENT: ‘IT’S A MATTER OF RESPONSIBILITY’

One of the triple-decker style homes, 25 Peverell St., formerly belonged to entertainers Mark and Donnie Wahlberg. Burke said firefighters had to strike six alarms to call in for additional assistance due to the size of the fire. More than 120 firefighters responded to the scene.

One of the buildings involved in the Boston blaze on Oct. 2, 2022, was 25 Peverell St., where entertainers Mark (shown at left) and Donnie Wahlberg’s family once lived.
(Axelle/Bauer-Griffin/FilmMagic/AP Photo, Steven Senne)

“It’s a tight street. They couldn’t get an aerial ladder up here because of the wires on the poles here. It’s a very tight street, so they needed the labor to get going and get everybody in place,” Burke told WCVB.

The fire-damaged back of a triple-decker at 25 Peverell St., in Boston’s Dorchester neighborhood, appears darkened by flames on Oct. 2, 2022. Entertainers Mark and Donnie Wahlberg’s family once lived in the building.
(AP Photo/Steven Senne)

Officials also said a drone was used to pinpoint pockets of flames in the building. Two minor injuries to firefighters were reported and one minor injury to a civilian. A total of 15 residents were displaced as a result of the fire.

More than 120 firefighters were called to the scene of a fire overtaking several Boston homes, one of which was actor Mark Wahlberg’s childhood home.
(Twitter Boston Fire Department)

Mark Walhberg had previously visited the home in 2018 and 2019 during the filming of Netflix movie “Wonderland.”

The actor posted a video while visiting, captioning it, “Back at where it all started. Dorchester, MA.”

Haley Chi-Sing is a Fox News Digital production assistant. You can reach her at @haleychising on Twitter.