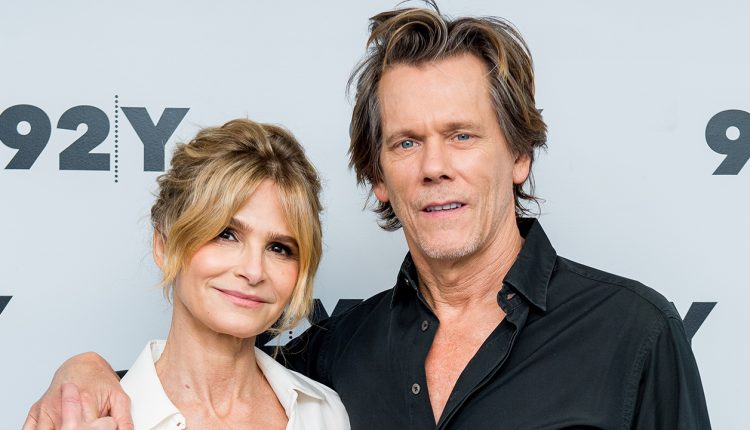 Her husband, Kevin Bacon, shared a picture of Sedgwick applying a cold compress to her wrist on Instagram after attempting the “Footloose” TikTok trend.

“The aftermath of nailing a TikTok dance #Footloose,” Bacon wrote alongside the image. The dance – which is set to Kenny Loggins title song – features one dancer holding the other by their arm and leg before dropping to the beat.

“I don’t remember this being part of the original #Footloose choreography,” Bacon, who starred in the 1984 movie, said. “But figured we’d give it a spin.”

The couple completed the viral dance in the video and even gave each other a high five at the end. Sedgwick and Bacon have been married for 34 years and share two children: Travis, 33 and Sosie, 30.

Bacon acknowledged in 2017 that many fans still recognize him as rebellious Ren from the beloved classic.

“If we actually go out dancing, the DJ always puts on ‘Footloose,’ and people form a circle around me, clapping in unison, expecting me to perform tricks like a trained seal,” the actor told Closer Weekly at the time. “So I tend to avoid it.”

But it’s a different story for Bacon and Sedgwick at home.

“We love to dance, and if we have our own party behind closed doors, we will dance all night,” he explained.

Kevin Bacon starred in the original 1984 “Footloose.”
(Photo by CBS via Getty Images)

Bacon and Sedgwick’s lasting marriage has compelled many to find out what’s their secret. It’s gotten tiresome for Bacon, but he still doesn’t shy away from sharing a few simple tips.

“That’s a question I refuse to answer anymore, but there are a few things you don’t want to do if you want a long marriage,” he said. “One is to leave the toilet seat up, and another is to say, ‘I told you so.’”