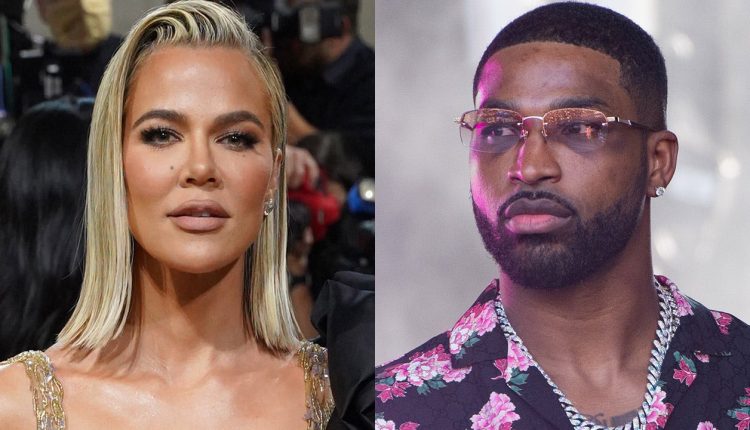 Following a traumatic ending on “Kardashians” season one – where viewers discovered the disgraced Tristan Thompson cheated on Khloé Kardashian yet again – the season two finale ended in a happier moment for the reality television star.

After learning of Thompson’s infidelity, as he was expecting another child with a different woman, the Hulu show displayed Khloé at the hospital welcoming her newborn baby via surrogate.

During the season finale, several camera shots of the actual labor were shown without the surrogate on screen.

KHLOE KARDASHIAN WAS SECRETLY ENGAGED TO TRISTAN THOMPSON WHEN HE GOT ANOTHER WOMAN PREGNANT: REPORT

In one of the scenes, SKIMS founder Kim yelled, “He looks just like True,” referring to Khloé and Thompson’s firstborn.

Khloe Kardashian and Tristan Thompson had a baby via surrogate. They have a four-year-old daughter named True.
(Getty Images)

After the successful delivery of Khloé’s newborn, she Facetimed her daughter, True, and asked her if she thinks the newest addition to their family is cute.

Later, the “Kardashians,” “mom-ager” Kris is seen visiting her neighbor Khloé – since she lives next door – and her new grandson. She expressed “how beautiful” he is.

After learning of Tristan Thompson’s infidelity, as he was expecting another child with a different woman, the Hulu show displayed Khloé Kardashian at the hospital welcoming her newborn baby via surrogate.
(Photo by Jerritt Clark)

Kim also visited Khloé at her home, as their mom pointed out that the newborn looks like their brother Rob.

As the Kardashians discussed what to name the new baby boy, Khloé remained silent.

Following a traumatic ending on “Kardashians” season one – where viewers discovered the disgraced Tristan Thompson cheated on Khloé Kardashian yet again – the season two finale ended in a happier moment for the reality television star.
(Jon Kopaloff/FilmMagic)

Kourtney also entered the scene and joked that she wishes she could breastfeed Khloé’s newborn, as she responded with, “Oh my gosh, Kourt, let’s calm down.”

Kris went on to tell Khloé how she’s “really proud” and that she’s “the best mom in the whole entire universe.”

“I’m so proud of the way you’ve handled everything with the baby,” an emotional Kris told Khloé.

“Thank you, I’ve learned from all of you ladies,” Khloé responded.

Khloé welcomed her firstborn with NBA player Thompson in April 2018. He is already a father to three kids, whom he shares with three different women.

Thompson also recently welcomed a son, Theo, with fitness maven Maralee Nichols while he was in a relationship with the “Keeping up with the Kardashians” star. It led to their split.

This is not Thompson’s first time being caught in a cheating scandal. He was caught up in the drama in 2019 when he kissed Kylie Jenner’s, best friend, Jordyn Woods, and another scandal surrounded Thompson in 2018.

Will Smith and Johnny Depp lead celebrity comebacks after being canceled

Mayim Bialik talks preparing to host ‘Jeopardy!’ and her relationship…