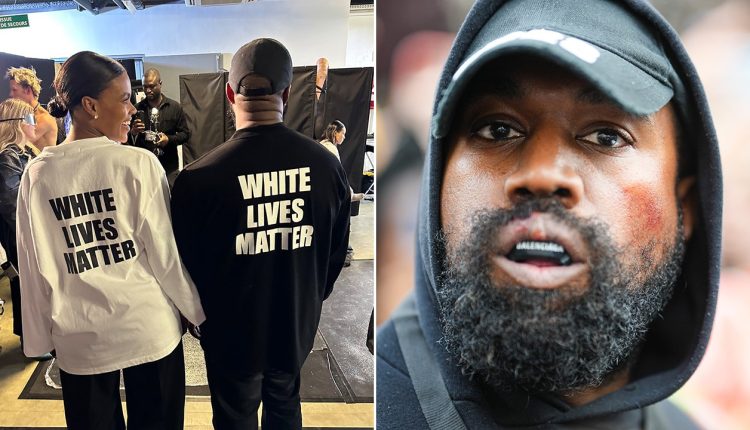 Kanye West posted on Instagram that his upcoming Los Angeles show has been canceled, just hours after his bombshell interview with Tucker Carlson on Fox News Channel.

In the post, which was quickly deleted, he wrote, “My Sofi Stadium show on November 4th just got canceled. I wonder if it had something to do with my White Lives Matter tee, what y’all think?”

He also shared a screenshot of a text message telling him that SoFi is not available, due to the inability to staff the event.

“I just got news from Vaughn, that Sofi isn’t available any longer due to inability to staff the event on the current notice. I’ve already asked twice to investigate further if there’s anyway to make it happen regardless, but they got back with a firm no,” the screenshot of a text from Niklas Bildstein said.

Kanye West posted on Instagram that his upcoming Los Angeles show has been canceled, just hours after his bombshell interview with Tucker Carlson on Fox News Channel.
(Instagram/Kanye West)

The Instagram post comes on the heels of West receiving criticism over his “White Lives Matter” shirts. He defended them on “Tucker Carlson Tonight.”

West responded that he was privately warned that people wearing the shirt would be “greenlit” (vernacular for being assaulted) like some Americans who wear former President Donald Trump’s signature red trucker hats emblazoned with his “Make America Great Again” mantra.

On Wednesday, he posted a photo of a black sweatshirt from his line with “WHITE LIVES MATTER” written in white on the back. The sweatshirt has a picture of Pope John Paul II on the front.

“Here’s my latest response when people ask me why I made a tee that says white lives matter … THEY DO,” he captioned the post. This post has since been deleted.

Fox News Digital reached out to West’s reps and Sofi Stadium for comment but did not immediately hear back.