Kaley Cuoco reflects on ‘super dark time’ during Karl Cook divorce: ‘I had an intervention on myself’ 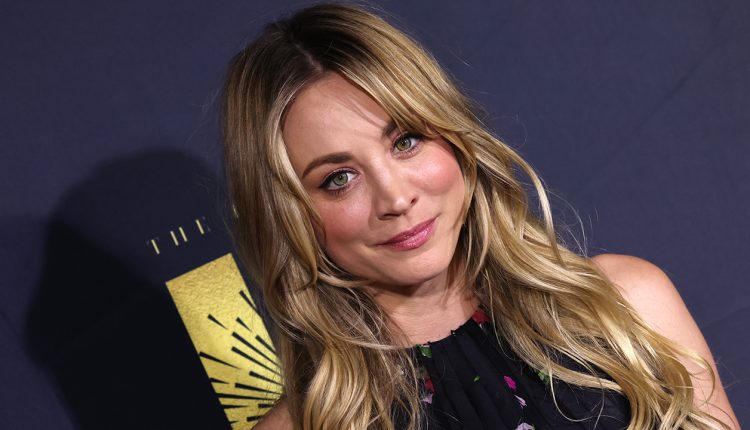 Kaley Cuoco admits she went through a “dark time” when she split with Karl Cook in 2021.

In an interview with Variety, Cuoco, 36, said she “didn’t know how to deal” with her depression.

“Going through my divorce, it was really a super dark time,” she told the outlet.

“I just didn’t know how to deal with it. I was throwing myself into work to deny my depression and how upset I was. Unfortunately, the character, [Cassandra Bowden], was so depressed that it wasn’t helping me.”

Kaley Cuoco said she was going through a “very dark time” during her divorce from Karl Cook.
(David Livingston)

Cuoco portrays Cassandra Bowden in “The Flight Attendant” series. “I was really, really, really struggling,” she continued. “A lot of tears.”

When asked what effect portraying Cassandra Bowden had on her, Cuoco said she began going to therapy for the first time.

“It was one of the hardest years of my life,” Cuoco said. “Not only personally, but doing this character that was so tormented.

“It was the first time that I started therapy — I’ve been very open about that. I started at the beginning of season two just because I was going through so much right before we started shooting. It was horrible.”

She went on to detail the physical problems she suffered.

“I developed a stress rash that ran all the way down my body for three straight months that wouldn’t go away,” she said. “I literally, like, had fire on my leg for three months. I could barely walk.”

Cuoco noted that things began to take a turn for the better when she moved in with her co-star Zosia Mamet.

“I really needed someone with me,” she said. “I was really losing my mind. … Like, it was the loneliest I’ve ever felt, and I am not really someone to share that.”

Cuoco shared that she also had an intervention in her trailer on set despite “really [taking] pride in being able to do everything” herself.

“One month in, I had an intervention on myself in my trailer — all my producers were in there. And I said, ‘I need help,’” she said. “It was interesting to say that out loud. And to have everyone be like, ‘Yes, we want to help!’ I’m a working woman and so independent. … Well, this time, I literally couldn’t [do it myself].”

The actress has opted to be “very open” about what she went through to show others “things just aren’t always what they seem [and] … aren’t always so perfect.”

Cuoco and Cook finalized their divorce in June.

The couple had been married three years. The “Flight Attendant” actress and Cook, 31, announced the news of their split in a joint statement to Fox News Digital in September.

In April, Cuoco shared in an interview with Glamour she will “never” get married again. Before she married Cook, she went through her first divorce with tennis star Ryan Sweeting in 2016. They were married three years before calling it quits.

Although marriage is off the table for Cuoco, that hasn’t stopped her from starting a new relationship. She and “Ozarks” star Tom Pelphrey confirmed their relationship on Instagram in May.