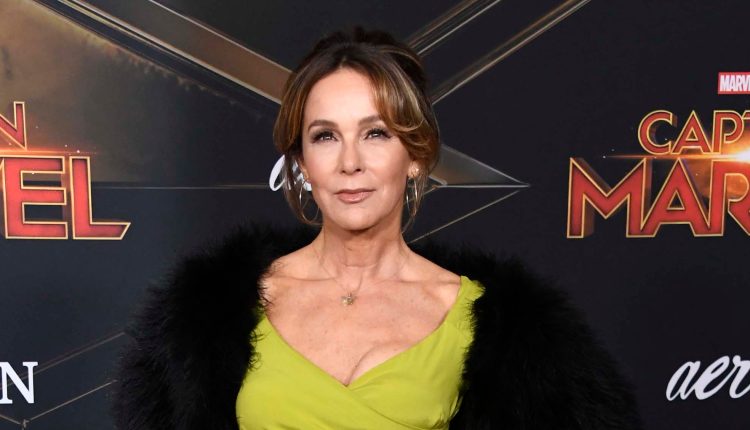 A fire was reported at the Grossinger’s Catskill Resort Hotel property. The New York hotel inspired the film “Dirty Dancing.” The cause of the fire is under investigation by New York State Police and Sullivan County Bureau of Fire.

The 62-year-old actress told Extra that audiences will see her reprise her role as Frances “Baby Houseman, adding she’ll be “quite a few years older.”

“You will see other characters that are from the original,” Grey revealed.

The “Dancing with the Stars” champion continued, “It’s tricky but also exciting.”

‘DIRTY DANCING’ STAR JENNIFER GREY SAYS SHE BECAME ‘INVISIBLE’ AFTER SECOND NOSE JOB: ‘I WAS NO LONGER ME’

Grey confirmed that the new film will take place in its original setting, the fictional Kellerman’s resort in the Catskill Mountains.

Grey told the outlet that filming for the movie is set to begin in the spring.

The original film followed Baby, a young woman who spends the summer of 1963 vacationing with her family at Kellerman’s. During her time at the resort, Baby falls in love with dance instructor Johnny Castle (the late Patrick Swayze).

The movie was met with critical acclaim and became a box office smash. Grey and Swayze both earned Golden Globe nominations for their performances and the song “(I’ve Had) The Time of My Life” won the Academy Award and the Golden Globe Award for Best Original Song.

In the 35 years since it was first released, “Dirty Dancing” has become a cultural phenomenon and an enduring classic. Its success led to a 2004 prequel “Dirty Dancing: Havana Nights,” a 2017 made for TV movie, a stage production and a FOX reality TV dance competition series.

In August 2020, Lionsgate announced that a sequel was in the works with Grey attached to star and produce. In May 2022, the studio hired director Jonathan Levine (“Long Shot,” “Warm Bodies”) to helm the project, which is also titled “Dirty Dancing,” per Deadline.

Levine co-wrote the screenplay along with Elizabeth Chomko. The outlet also reported that the 1990s-set movie “will be a coming-of-age romance centered on the experience of a young woman at the summer camp, but Baby’s own journey will intertwine with this to create a multi-layered narrative.”

The actress teased that the new film will feature characters from the original movie.
(Vestron)

The filmmaker also had teased that the sequel would likely feature some familiar faces from the original.

“The most important thing for us was having Jennifer on board,” he said. “She is an invaluable collaborator. We’re going to try to involve as many people from the original as is appropriate. We want to be respectful in every way.”

Though Swayze passed away in 2009 from pancreatic cancer at the age of 57, Levine told Deadline that his character will be included in the follow-up film.

“Johnny is a part of Baby’s journey in the story,” he said. “This film exists in a dialogue with the original. We want to introduce this story to a whole new generation.”

The sequel’s director Jonathan Levine confirmed that the late Patrick Swayze’s character Johnny will be included in the movie.
(Photo by Vestron/Getty Images)

In February 2020, Grey confirmed that Swayze’s role wouldn’t be recast with another actor.

“All I can say is there is no replacing anyone who’s passed — you never try to repeat anything that’s magic like that,” she told People magazine. “You just go for something different.”

She elaborated further on her vision for the sequel in an interview with People last April. “I know in my heart, I would love to give fans or a young, new audience an experience that would never replicate that, but has the same kind of underpinnings,” the “Ferris Bueller’s Day Off” star said.

“Today people think that their identity is limited, the world has told them what it is,” Grey added. “But there are certain people who can see other parts of you.”

“Dirty Dancing was a fairy tale, a successful movie and formula, using dance as a metaphor for embodying your energy and getting out of your head, and your limiting belief systems.”

In June, Lionsgate announced that the sequel will be released on Feb. 9, 2024.