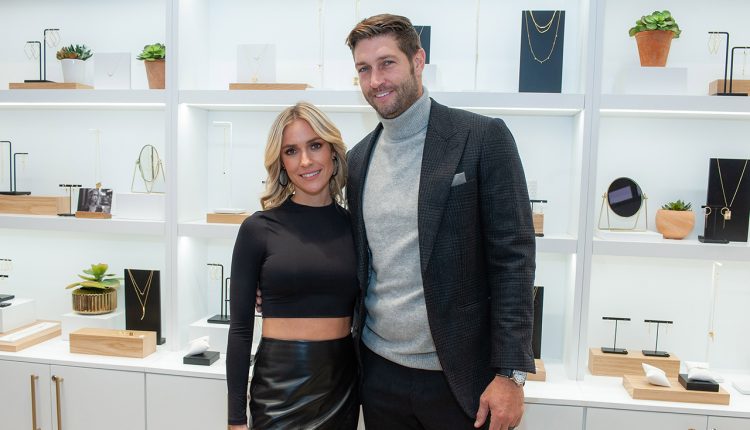 Jay Cutler is responding to ex-wife Kristin Cavallari’s recent comments about their marriage.

“If she wants to say stuff, she can say stuff,” Cutler said during the podcast. “I’m not going to go down that road about her. I mean, she’s still the mother of my kids.”

Jay Cutler refused to speak in detail about his split with Cavallari, claiming he won’t do it because she is the mother of his children.
(Jake Giles Netter/E! Entertainment/NBCU Photo Bank/NBCUniversal via Getty Images)

Cutler also agreed with the host that Cavallari might be more comfortable speaking about her personal life publicly because she got her start in reality TV.

He accepts Cavallari has feelings about their relationship and why it ended. He’s just confused why she is speaking about it so long after it all played out.

“It’s been two and a half years. Why are we having these conversations in public? Why are we doing this?” Cutler, who shares three children with Cavallari, asked. “Now we have to have this conversation now. It’s like, come on. We’re done here.”

Cutler is confused why Cavallari chose to speak about their breakup now considering they broke up over two years ago.
(Jason LaVeris/Getty Images)

Cutler was unable to, or unwilling, to pinpoint a reason for the breakup of their marriage. He seems to think Cavallari simply just “fell out of love” with him, claiming her reasoning for ending the marriage has changed over the years and that their reality show didn’t necessarily contribute to the breakup.

Aside from calling the marriage “toxic,” Cavallari gave some insight into what was going through her mind the last few years of their relationship.

She claims the decision to file for divorce was a scary one and didn’t stem from one particular argument or anything big. She said it took a few years for her to realize she had done everything she could to save the relationship and accept that the marriage was over.

“I really don’t think anything good comes easy. Really, like, with anything in life,” she explained on the  “Call Her Daddy” podcast. “But you also don’t want to just make an impulsive decision either.

“And that’s why it’s important to write it out. I’ve also seen couples who’ve worked through s— and come out on the other side, you know. So, I think, with any relationship, you just have to realize what are deal breakers for you. What’s important to you and what’s not?”

Cavallari said there wasn’t one argument or issue that led to their breakup, but a buildup of things over time. She claimed she was thinking about ending the marriage for a few years before deciding to do so.
(Tibrina Hobson/Getty Images)

Cavallari didn’t provide any more details regarding what those deal breakers were for her, ending the conversation by saying, “It was toxic, period. End of story. That’s all I kinda need to say.”