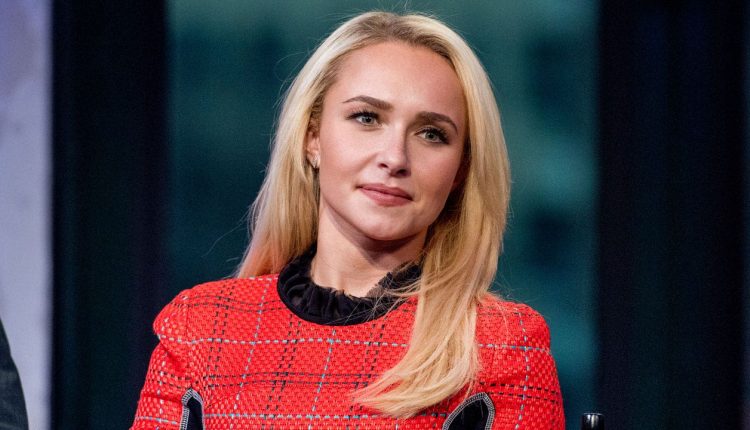 Hayden Panettiere opened up about her postpartum depression and seeking treatment in a new interview.

Panettiere, who gave birth to her daughter Kaya in 2014, used alcohol to numb her depression, the actress revealed during an interview with “Red Table Talk.”

“I felt like it was not something that people understood or talked about, and I didn’t know how to ask for help.”

Panettiere claimed she learned how to use alcohol to cope with her issues by observing family and friends.

“I did what I had seen family and the people around me do whenever they were depressed or stressed out or anything which was reach for a bottle,” she explained. “Which made it that much worse.”

“It’s a depressant, but that’s what I feel like I learned growing up – how to change the way you’re feeling just by having a glass of something,” Panettiere said. “But then it flips on you and does the complete opposite and just adds to your depression and becomes that endless hamster wheel, that cycle.”

Hayden Panettiere suffered from postpartum depression after the birth of her daughter Kaya in 2014.
(Photo by Jon Kopaloff/Getty Images)

The “Nashville” actress went to treatment for alcohol abuse at the time.
(Roy Rochlin)

The actress revealed it took her months to realize that she was having postpartum depression. Panettiere revealed she eventually entered treatment.

“I went to treatment the first time when my daughter was about four months old because I wanted to fix myself,” she noted, specifically for alcohol abuse. “I was just leaning on the crutch.”

Having been to treatment multiple times, Panettiere explained that she is in a better place.

“I’ve never been this honest, brutally honest, about myself or my personal life, but it made me depressed trying to hide myself,” she said. “There’s just something very freeing about just being yourself.”

Panettiere also spoke about growing up as a child star in the interview.

The actress began modeling at just 8 months old, and by 4 years old had made an appearance in a soap opera. Panettiere noted that her child stardom did give her “a wonderful life.”

However, Panettiere explained that she has thought about what might have been different if she had been able to choose for herself.

Hayden Panettiere began her career at just 8 months old. At the time, the actress was a baby model.
(Photo by Ron Galella/Ron Galella Collection)

“Would I have chosen to be an actor if I had seen all the ins and outs and what it’s become with Instagram and the internet?” she questioned.

“The court of public opinion doesn’t give you the opportunity to be young and make those mistakes.”