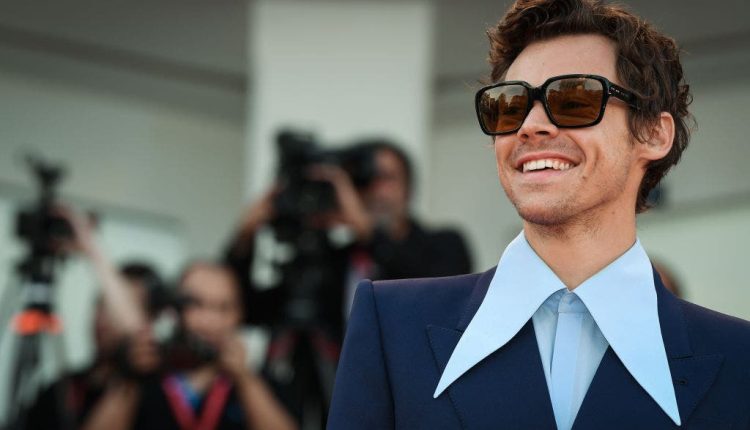 Harry Styles’ mother had a strong message for the “Don’t Worry Darling” haters.

Anne Twist shared words for the film’s critics on her Instagram story.

“If you can’t say something nice, don’t say anything at all,” she wrote, as noted by People magazine, before adding, “I’m astounded and saddened by the vitriolic comments on here to be honest. I enjoyed a film. If it’s not your cup of tea don’t go…”

Styles’ mom also shared a glowing review after she saw “Don’t Worry Darling” for the first time at a Paris theater.

“First time in the French cinema .. first day showing .. ‘Don’t Worry Darling’ you were excellent! Really enjoyed from start to finish,” she captioned a photo of herself and friends.

The musician’s mom even gave a shout-out to Styles’ girlfriend, Olivia Wilde: “Well done @oliviawilde and team for drawing us in, well done baby @harrystyles for being a fabulous Jack. Very proud as usual.”

Drama and criticism has followed “Don’t Worry Darling” since the project was announced in 2020. Wilde can’t seem to stay out of the headlines after she claimed she fired Shia LaBeouf and began dating her lead male actor, Styles.

Styles himself made headlines after the Venice Film Festival in early September. A video of him taking his seat at the premiere went viral as eagle-eyed fans were positive that the former One Direction star had spit on co-star Chris Pine.

However, a representative for Pine immediately shut down the rumors.

Wilde also addressed the rumors during a recent appearance on late night TV.

“Another one of our weird rumors, Spit-Gate, which you might have heard about, is, I think…” Wilde began before Colbert interrupted her.

“Did Harry Styles spit on Chris Pine? Why or why not? Support your answer,” the comedian read off a note card.

“No, he did not,” the director emphasized. “But I think it’s a perfect example of, like, people will look for drama anywhere they can. Harry did not spit on Chris, in fact…” she explained before Colbert cut her off again.

“Only time will tell,” he quipped.

“No, he really didn’t!” Wilde reiterated.