Former ‘RHOC’ star Meghan King admits she runs background checks for her dates: ‘I am not kidding’ 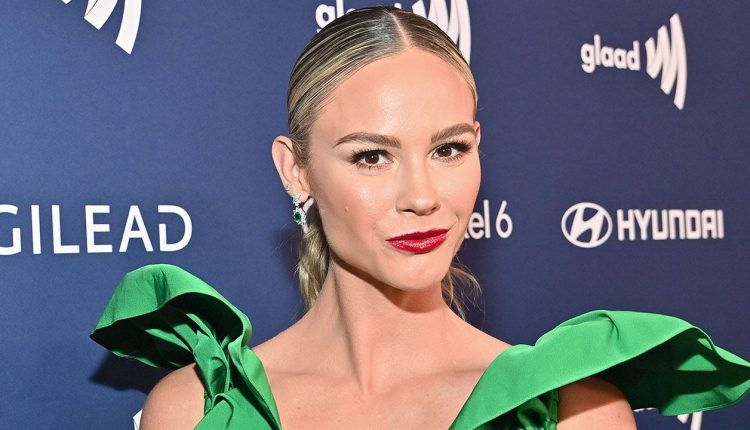 During a guest appearance on former “Bachelor” contestant Caelynn Miller-Keyes’ podcast, King revealed her process for vetting guys she dates.

“I am not kidding, I do background checks on every single person I date,” the former “Real Housewives of Orange County” star admitted.

“You do? Smart,” Miller-Keyes responded.

MEGHAN KING, JOE BIDEN’S NEPHEW CUFFE BIDEN OWENS ARE GETTING AN ANNULMENT: ‘IT WAS LIKE AN ARRANGED MARRIAGE’

King revealed her investigative approach because her family has been catfished in the past.

The 38-year-old reality television star opened up on the latest episode of her own podcast, “Intimate Knowledge,” and pointed out she’s dating a friend she referred to as “Kenny.”

Meghan King said the reason for her investigations into the people she dates is because her family has been catfished in the past.
(Mike Coppola/Getty Images)

“I’ve kept you all up to date on my relationship with Kenny, which is now, shockingly, been an entire month,” King announced.

“And that’s really long for me. That’s like a year in Meg years as far as relationships go because it takes me no time at all to get into them, and I’m very quick in getting out of them. … A month is … a long time,” she confessed.

King continued to share her ups and downs in her relationship and said it hasn’t been all smooth sailing between the two. She added that she recently had a minor “freak out.”

“I would’ve broken up with me if I were him,” King remarked.

“Even though I was just upset about something, I just really let my inner child come out in a big way.”

She added that the best part about dating her friend is that “Kenny” was understanding and patient with her after the “freak out” moment.

“I later apologized, but the great thing about dating a friend is he was like, ‘Look babe, we’re good. It’s fine. It’s all good.’ Very healthy. It’s a nice change of pace for me. Everything’s fine. Everything’s going smoothly.”

King and Owens split in December 2021 after two months of marriage.

During an interview on Jeff Lewis’ SiriusXM radio show in April, she revealed she was seeking an annulment following her whirlwind marriage.

“He said all the right things, and the families were a good fit. And he seemed to grow up similarly to me,” King explained about the relationship, adding it “was almost like an arranged marriage.”