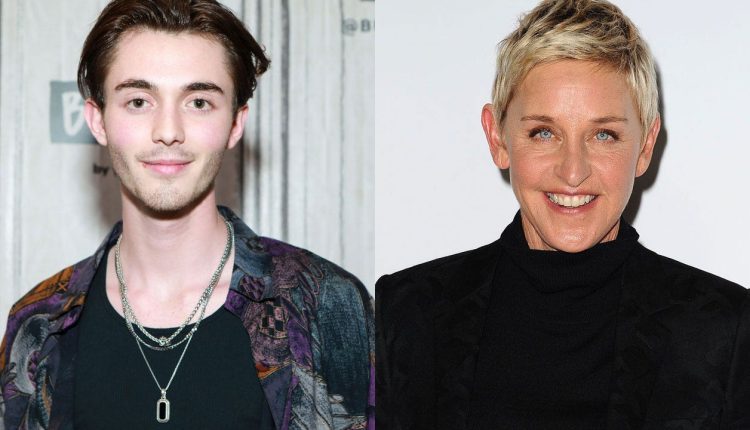 Ellen DeGeneres has been accused of abandoning Greyson Chance after taking him under her wing in 2010.

Chance opened up about his experience with DeGeneres during a new interview with Rolling Stone. He became a viral sensation in 2010 after a video of him singing Lady Gaga’s “Paparazzi” landed him on “The Ellen Show.”

Shortly after the appearance, DeGeneres set Chance up with agents and a label, according to the musician. However, Chance alleged that he was “completely abandoned” by the talk show host after his career failed to take off.

The “Ellen” team had a different experience, Fox News Digital has learned.

ROSIE O’DONNELL SHARES WHY SHE’S NOT CLOSE WITH ELLEN DEGENERES: ‘I NEVER REALLY GOT OVER IT’

Greyson Chance has spoken out about his experience with talk show host Ellen DeGeneres.
(Getty Images)

“Ellen and the team went above and beyond, and sometimes careers just don’t take off,” a source close to the team told Fox News Digital.

Chance also accused DeGeneres of being “controlling,” which was corroborated by his mother in the interview.

“My whole week, my whole month, my whole year could change [with] one text message from her,” Chance explained. “That was horrible.

“If she had an opinion of any sort, the whole thing changed.”

On top of controlling his schedule, Chance claimed DeGeneres also controlled what he wore. The young singer was specifically not permitted to wear leather because DeGeneres had committed to veganism.

“She would come in and look at a rack, yell at stylists, berate people in front of me and say, ‘This is what you’re wearing on the show,’” he recalled. “She was just degrading to people.”

Chance claims DeGeneres went MIA after a project of his flopped in 2012.

“I couldn’t get ahold of her. Couldn’t talk to her,” Chance told the outlet.

Despite being dropped by Interscope shortly after the failed project, Chance continued to appear on “The Ellen Show” until 2019.

“Whenever I would come on the show, it was such a fake smile. She wouldn’t even ask, ‘How are you doing? How are you holding up?’ It was just like, ‘Here’s what we’re going to talk about. We’ll see you on there.’

“I’ve never met someone more manipulative, more self-centered and more blatantly opportunistic than her,” Chance added in the interview.

According to a source close to DeGeneres’ team, Chance didn’t complain about his relationship with the talk show host during the years they worked together.

DeGeneres previously was accused of creating a toxic work environment on “The Ellen Show.”
(Brooks Kraft)

“Chance did not make any complaints during that time and continued to appear on the show to launch his new projects,” the insider added. “He has taken this time as he is launching an album to go after Ellen with opportunistic claims.”

Chance’s interview with Rolling Stone was not well received on social media, although his claims were defended by some who said he was “just a child.”

“He sounds like there was never going to be enough,” one person wrote in reply to the article. “This doesn’t make the point he thinks. She didn’t owe him anything.”

“Ellen, truthfully, owes him nothing, unless she did something out-of-contract. This is a reaching article. Ellen is not the ray of sunshine she shows, but his was just biz,” another added.

Chance defended the allegations made in his interview in a TikTok video posted after the article was published.

“I’ve been wanting to tell this story now for multiple years and was repeatedly told not to,” he added. “But the truth is, what you saw on TV and what was pitched out to the mainstream just wasn’t what was happening behind the scenes.”

Chance added that “what happened to [him] as a kid was not cool” and claimed he has “PTSD” and “trauma.”

Prior to Chance’s allegations, DeGeneres was accused of creating a toxic work environment for “The Ellen DeGeneres Show” workers.

She publicly apologized at the start of season 18 of the daytime talk show, and “The Ellen DeGeneres Show” ended after season 19.