‘Dukes of Hazzard’ star Tom Wopat said he ‘never really aspired to do’ TV before hit sitcom: ‘A blessing’ 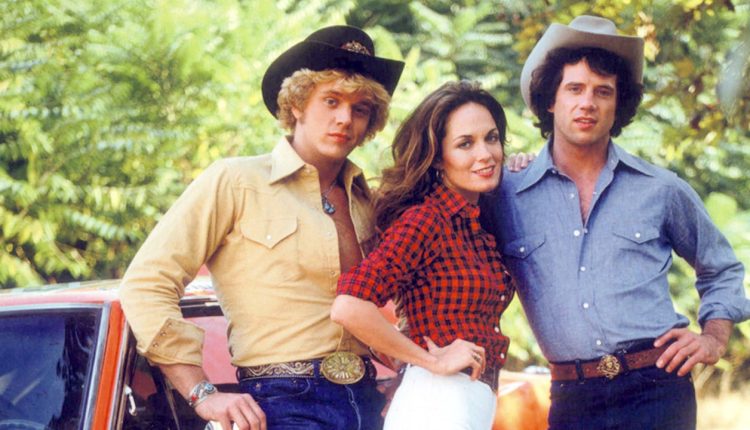 Tom Wopat always had big dreams of becoming a singer – so when he was offered to star in a show called “The Dukes of Hazzard,” he did not know what to expect.

“Singing has always been my number one priority,” the actor told Fox News Digital. “’Dukes’ was really kind of an aberration. I never really aspired to do television. I put my focus on making records, doing live shows and being in the theater. But ‘Dukes’ really was a ride.”

At the time, the now-77-year-old had just finished doing an off-Broadway production of “Oklahoma!” and was in New York City. A casting director, who previously spotted Wopat on stage, felt he would be a perfect fit for the new sitcom.

Tom Wopat had just finished doing an off-Broadway production of “Oklahoma!” when he was offered to read for a new sitcom titled “Dukes of Hazzard.”
(Photo by Michael Ochs Archives/Getty Images)

“They had everyone lined up by then,” Wopat explained. “I was asked to go to Los Angeles for a screen test. So I took a paper bag full of clothes and got on a plane. I met John [Schneider] on a Wednesday, we did a test on a Friday and 10 days later we were shooting in Georgia.”

‘DUKES OF HAZZARD’ STAR JOHN SCHNEIDER ON HIS FRIENDSHIP WITH DENVER PYLE: ‘WE WERE THICK AS THIEVES’

However, the show about two good ol’ boys was facing scrutiny before it even premiered on CBS in 1979. B. Donald Grant, who was the network’s programming chief at the time, found himself in a room with several TV critics who hated the show. They objected that “the two male leads appear to be on the wrong side of the law, that the subject of illegitimate parenthood was treated humorously, and that one of the female regulars is often seen in a skimpy costume,” The Hollywood Reporter revealed.

Grant ignored the critics and the series went on to air. According to the outlet, the show drew as many as 20 million viewers per episode. By the third season, it had become the second-biggest show on TV. While “Dukes of Hazzard” ended in 1985, it ran for years in constant syndication.

American actors (left to right) John Schneider, Catherine Bach and Tom Wopat in a promotional portrait for the TV show, “The Dukes of Hazzard,” circa 1980. They played Bo, Daisy and Luke Duke, respectively.
(Photo by Silver Screen Collection/Getty Images)

It also kept the cast, which consisted of Wopat, Schneider and Catherine Bach, busy as they met with fans for the years at conventions. The annual fan convention “Good Ol’ Boys Fest” in West Virginia was hosted by Ben Jones, who played Cooter the mechanic before he became a Democratic Georgia congressman from 1989 until 1993. The outlet noted that the convention would draw over 100,000 spectators.

Pictured from left to right is John Schneider, as Bo Duke, Catherine Bach, as Daisy Duke, and Tom Wopat, as Luke Duke, in the made for television movie, “The Dukes of Hazzard: Reunion!,” circa 1997.
(Photo by CBS via Getty Images)

“You can never tell when something’s gonna pop,” Wopat explained. “But some time in the first year, we just knew we had something amazing here. The fans are unique in that they hand down their love for the show from generation to generation. I’ve met third and fourth-generation fans. It’s amazing. It’s a gift. The show will long outlive me, that’s for sure.”

Wopat shared that his favorite memory of filming “Dukes of Hazzard” was working alongside Schneider, 62.

“I don’t know if there ever were two guys who made each other laugh as hard as we did,” he said. “We really enjoyed each other. We became lifelong friends. But the whole cast was pretty darn close… We tried not to take ourselves too seriously and I think we did a pretty good job of that. We’ve lost some of the older guys since then and it’s a shame. We were a family on set… I still see Catherine and John to this day… I love him like a brother. [The show] was a blessing.”

When “Dukes of Hazzard” came to an end, Wopat said he was not worried about being typecast. He immersed himself in what he loved doing best – music.

Tom Wopat, left, said he kept busy after ‘Dukes of Hazzard’ came to an end.
(Photo by CBS via Getty Images)

“I was blessed with the fact that I had already done musicals before ‘Dukes,’” he explained. “Sure, I did a couple of short-lived things, but they were never as fun as what we did… I think bouncing around in different mediums and keeping busy is key to this business. I’m always writing songs to keep me fresh.”

Wopat later starred in “Cybill,” a series about a struggling middle-aged actress who attempts to revamp her career. It starred Cybill Shepherd, Christine Baranski and Alicia Witt, among others. Wopat played Shepherd’s first husband, a flirty Hollywood stuntman.

“She’s nuts – that’s what I remember most,” he joked about working with Shepherd, 72. “No, she’s one of a kind and super talented. It was an interesting part. I got to sing a little bit in it. That was fun. They let me go after a while. I just didn’t really fit into some of the storylines. That’s OK. I was ready to move on.”

“Cybill” was a CBS television sitcom about a struggling actress whose career had passed its peak. Tom Wopat played Jeff Robbins.
(Photo by CBS via Getty Images)

These days, Wopat is starring in the sequel to 2017’s “County Line” titled “County Line: All In.” It tells the tale of Sheriff Rockwell, played by Wopat, who teams up with the unlikely new sheriff of York County to solve a murder. The film stars Kelsey Crane and Patricia Richardson of “Home Improvement” fame.

“[My character’s] a stud,” Wopat laughed. “He’s a little bit of a rock star. He’s self-deprecating. They make a point of addressing his age, which feels like home to me. There’s a lot of action, but there are also a lot of heartfelt moments. Everybody who’s in it is just terrific even though I was a jerk on-screen. But we quickly bonded. I took the cast and crew out for bowling. I would bring them a big pot of chili or barbecued ribs. It was important for me to make sure everybody got along and that they just had a good time.”

These days, Wopat is eager for what the future holds for him. He teased that a potential series may be in the works.

“I think creating something that’s for all generations is in short supply these days,” he said. “And I think that stuff is still makable. Hallmark is not really my cup of tea, and I’m not really into rom-coms. But I think people do want something they can watch with the family and look back on.”