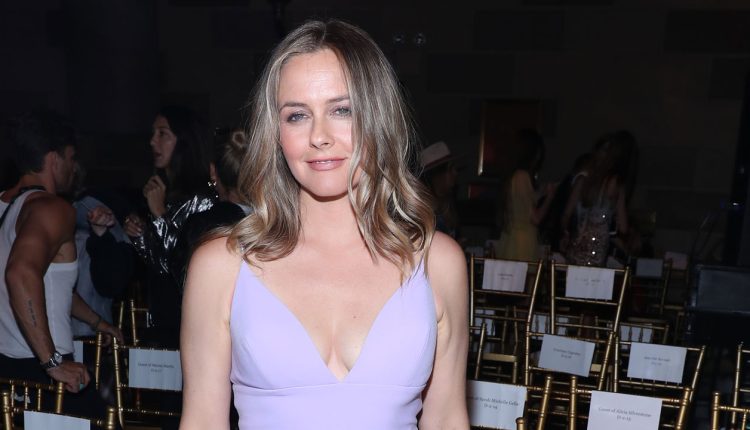 Alicia Silverstone flipped off critics calling her “fat” in a recent TikTok video.

The actress used the photo in her TikTok as a backdrop and appeared in front of it while giving the middle finger as the song “abcdfu” by GAYLE played in the background.

Alicia Silverstone flipped off critics who referred to her as ‘fat’ in a recent Tik Tok video.
(Steve Granitz/WireImage)

“D–n. I think I look good,” the “Clueless” star captioned the video, before adding a crying laughing emoji and a shrugged shoulder emoji.

Silverstone has been candid about dealing with body shaming in the past. She opened up about being called “fatgirl” by paparazzi while filming “Batman and Robin” in 1997 during an interview with The Guardian in 2020.

“They would make fun of my body when I was younger,” Silverstone told the outlet at the time. “It was hurtful, but I knew they were wrong.

“I wasn’t confused. I knew that it was not right to make fun of someone’s body shape, that doesn’t seem like the right thing to be doing to a human.”

Silverstone said she thought she ‘looked good’ in the caption of the video.
(Bennett Raglin/Getty Images for NYFW: The Shows)

Silverstone claimed she was even once asked what her bra size was while doing a press appearance for the film.

The actress was in her twenties at the time the movie was filming.

Silverstone has been candid about dealing with body shamers in the past.
(Meera Fox/Getty Images)

“I didn’t say ‘f–k you’ and come out like a warrior, but I would just walk away and go, ‘Okay, I know what that is and I’m done, I’m not going near that again,'” she told The Guardian.