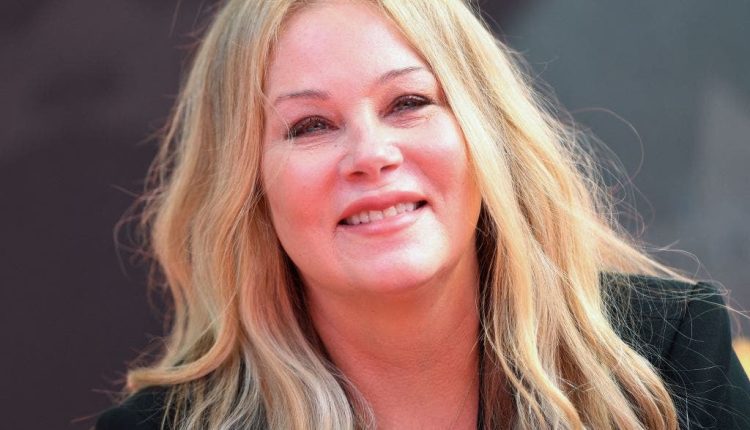 Christina Applegate opened up about finding out she had multiple sclerosis while filming the third and final season of her Netflix show “Dead to Me.”

During an appearance Wednesday on “The Kelly Clarkson Show,” the 51-year-old actress revealed she was experiencing serious health struggles ahead of receiving her diagnosis.

“Shooting the show was the hardest thing I’ve ever done in my life because I was diagnosed during shooting, and I didn’t know it was happening to me,” Applegate told Clarkson, 40.

“I couldn’t walk. They had to use a wheelchair to get me to set. I was freaking out until someone was like, ‘You need an MRI.’

Christina Applegate opened up about learning of her MS diagnosis while filming the final season of “Dead to Me.”
( Valerie Macon/AFP via Getty Images)

“And then I found out on a Monday after work that I had MS, you know, a disease that I’m going to have for the rest of my life.”

The “Married… With Children” alum said, looking back, she realized there were warning signs for years that she had the chronic disease, which affects the brain and central nervous system.

“I started thinking about the last four years, and I had very small symptoms,” she said. The Emmy winner added that she thought it was important for people to know that.

“Let’s not all be hypochondriacs and run to the doctor when our leg gets weak,” Applegate said. “But it happened to me four years ago where we were on set, and I’d go like, ‘I think I’m tired, you know?’

“So it presented itself like a few years ago until it just got as bad as it did.”

Applegate candidly reflected on the moment that she learned of her diagnosis.

“Can I say it sucked balls?” she asked Clarkson, who replied, “Yeah, you can say whatever the hell you want.”

The actress said that she needed to use a wheelchair to go to set after being diagnosed with the chronic disease because she couldn’t walk.
(Presley Ann/Getty Images)

In August 2021, the “Anchorman” star revealed she had been diagnosed with MS a few months earlier.  Production on the last season of “Dead to Me” was halted for about five months while she began treatment.

“I got diagnosed while we were working, and I had to call everybody and be like, “I have multiple sclerosis, guys. Like, what the f—!”, she told Variety last month.

“And then it was about kind of learning — all of us learning — what I was going to be capable of doing. It had to be cold, because heat is our kryptonite. Can’t work those 18-hour days, you know? It was impossible.”

The actress said that the cast and crew rallied around her and were “so loving.”

“If I called them in the morning and was like, ‘Guys, I can’t get down the stairs,’ they were like, ‘OK! We won’t do today. We’ll do other stuff.’ Netflix even let us take a break for a couple of months so that I could mourn and find treatment,” Applegate said.

On Nov. 14, Applegate was honored with a star on the Hollywood Walk of Fame.
(Emma McIntyre/Getty Images for Netflix)

Earlier in November, Applegate told The New York Times she had gained 40 pounds since her diagnosis and could no longer walk without using a cane.

“This is the first time anyone’s going to see me the way I am. I put on 40 pounds; I can’t walk without a cane. I want people to know that I am very aware of all of that,” she said. “If people hate it, if people love it, if all they can concentrate on is, ‘Ooh, look at the cripple,’ that’s not up to me. I’m sure that people are going to be, like, ‘I can’t get past it.’”

On Nov. 14, Applegate was honored with a star on the Hollywood Walk of Fame. The ceremony, which was originally set to take place in 2020, was her first public appearance since being diagnosed with MS.

In an interview with Variety, Applegate said her lead role as Jen Harding in the hit series could be her final acting job.

“Jen Harding is the one, who — who knows, quite possibly the last one I’ll play. With my disease, I don’t know how capable I am,” she said.

The final season of “Dead to Me” was released on Neflix Nov. 17.

Last week, it was announced Applegate will be starring opposite Brendan Fraser in an upcoming virtual table read of the classic holiday movie “It’s A Wonderful Life.”

The Ed Asner Family Center’s 2022 Virtual Table Read of “It’s a Wonderful Life” will be hosted by Tom Bergeron and will honor Judd Apatow and Leslie Mann.

Fraser will play George Bailey, who was originally portrayed by Jimmy Stewart in the 1946 film, with Applegate taking on the role of his wife Mary, who was played by Donna Reed.

The event is set to take place Dec. 11 at 5 p.m. PT, and proceeds from ticket sales will benefit the Ed Asner Family Center, which assists individuals with special needs and their families.