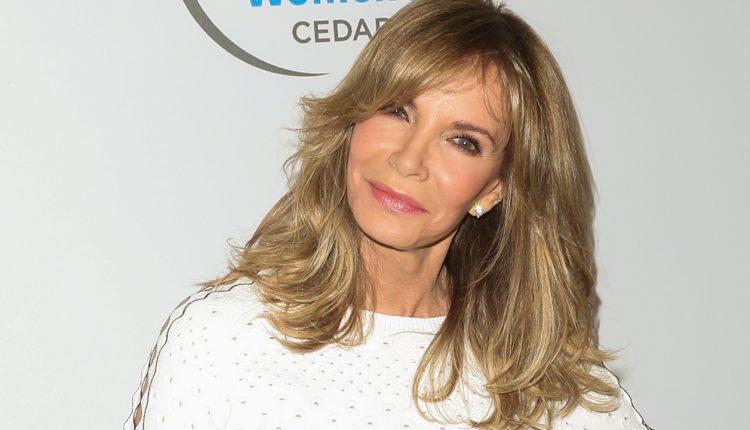 Jaclyn Smith knows she looks good – but the star does have a secret behind those heavenly features.

The “Charlie’s Angels” alum went viral in December when she posted a photo of herself embracing her son Gaston Richmond. Many of her followers pointed out how the 76-year-old looked younger than the 39-year-old.

“I’ll tell you, it was a good photo,” the actress admitted to Page Six on Thursday.

“Right place, right time,” she shared. “That’s the luck of the draw. Great lighting. I’m with a person that I adore my son, and it was a going-away party, so my eyes were probably glistening with tears there, sparkling because he’s one of the human beings I worship.”

Smith said that while she’s flattered by the compliments, the image has a deeper meaning to her.

“I love what that photo says to me,” she explained. “It says I’m the luckiest lady in the world to have a son like him. As we know in pictures, they reflect what’s going on inside of you, and that picture reflected every emotion I had at that moment.”

Smith noted that fans still remember her best for playing Kelly Garrett in the hit series, which aired from 1976 until 1981.

“It was a more innocent time, and looks were not as enhanced then,” Smith reflected. “It wasn’t hair extensions; it was, ‘This is us.’ I love that not everything was retouched. There was privacy and mystery. Today everything is out for everyone to know, and it’s in your face today. Fashion was feminine. It was sexy. It wasn’t in-your-face sexy. There was a refinement to it.”

These days, Smith is keeping busy spending time with her family, specifically doting on her two grandchildren.

“It’s the best thing in my life,” said Smith. “I would steal them if I could. It’s hard to explain with grandchildren. It’s like you need an extra chamber in your heart. In many ways that grounds you because you look beyond yourself, it’s no longer just about you. You know you’d give it all for them.”

Back in 2018, Smith told Fox News she still has fond memories of her time filming “Charlie’s Angels.”

“We had laughs, we had so many laughs,” said Smith at the time. “Angels in chains, being chained together. Eating lunch together. It was an education and it was eye-opening because each girl was so unique with her own personality and style. And these are my friends today. That bond is what I really remember.”

Dr. Brad Allen and his wife Jaclyn Smith. The couple tied the knot in 1997.
(Photo by Tibrina Hobson/WireImage)

“The friendship is what I treasure from that,” she shared. “The friendship. Aaron Spelling was so dear to me. He’s somebody I miss. He was a personal friend, as well as the producer of that show and the creator. We’ve lost some people. John Forsythe, what a gentleman. David Doyle. And of course Farrah [Fawcett]. It’s bittersweet to think back.”

Milk shortage in the United States: the…