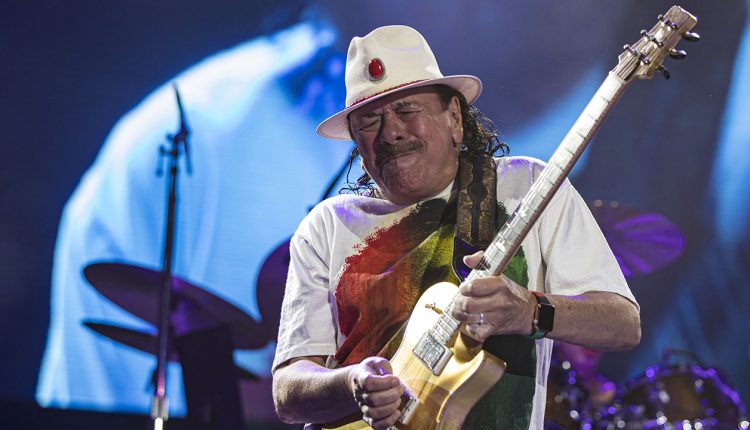 Legendary musician Carlos Santana is back to business as usual, after a scary collapse last month at one of his concerts.

While performing in Michigan on July 5, Santana fell on stage. He was treated by medics after passing out, and was eventually removed, but not before waving to a crowd of fans, according to FOX 2 Detroit and fan video.

Santana, 75, was reportedly affected by the extreme heat in Michigan.

Santana reposted a message shared by his wife, fellow musician Cindy Blackman, where she explained, “it was 100 degrees on stage and 114 under the lights so that coupled with not enough water is what caused the issue.”

He and his band, who are touring with Earth, Wind & Fire, had six shows postponed due to health concerns.

Santana resumed his tour in Connecticut this past Friday.

Prior to his return to the big stage, the rocker was spotted out in New York City looking jovial and no worse for wear.

Carlos Santana, who is on tour with his band as well as Earth, Wind &amp; Fire, had to postpone six shows due to health.
(Jim Spellman/WireImage)

Santana is no stranger to medical emergencies, having underwent heart surgery in late 2021.

This also led to the musician taking time off from work.

Carlos Santana had taken time off for a heart condition in 2021.
(Ethan Miller)

With health concerns seemingly past him, Santana has a busy upcoming schedule, with eight shows left to perform in the month of August.