Anne Heche car crash: A look at other stars in major accidents 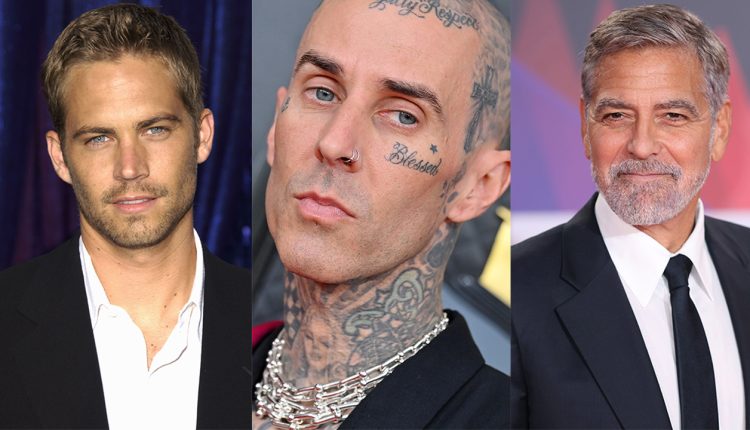 Anne Heche joins a list of stars who have been involved in major, near-fatal accidents.

Heche, 53, crashed a blue Mini Cooper into a Mar Vista, California, home, Friday, igniting a fire. She was transported to a hospital in critical condition, according to emergency responders.

Paul Walker was riding shotgun with his friend Roger Rodas when the pair were involved in a car accident in Santa Clarita, California. The “Fast & Furious” star did not survive the crash and died at 40. Blink 182 drummer Travis Barker was involved in a plane crash in 2008 and was one of two survivors on board the private plane. Barker, 46, only recently flew again thanks to his wife, Kourtney Kardashian.

Anne Heche was involved in multiple accidents in Los Angeles on Friday.
(Getty/FOX 11)

Here’s a look at other stars who have been involved in major accidents over the years.

Tiger Woods was involved in a single-vehicle rollover car wreck in February 2021. The golf pro’s accident occurred on a downhill stretch in Rolling Hill’s estate, just outside of Los Angeles.

Woods, 46, sustained several leg injuries in the near-fatal crash. According to multiple reports, the athlete was speeding when his vehicle crossed into the wrong lane and struck a tree.

In February, Woods gave an update on his recovery during a press conference at the Genesis Invitational. “I wish I could tell you when I’m playing again. I want to know, but I don’t. My golf activity has been very limited,” Woods said. “… I’m still working on the walking part. My foot was a little messed up there about a year ago, so the walking part is something that I’m still working. I’m working on strength and development in that.”

“It takes time. What’s frustrating is it’s not on my time table,” Woods continue. “I want to be at a certain place, but I’m not. I’ve just got to continue working. I’m getting better, but not at the speed and rate that I would like. You add in the age factor too and you just don’t heal quite as fast, which is frustrating.”

“Fast & Furious” star Paul Walker died in a car accident in Santa, Clarita in November 2013. Walker was 40 years old when he was the passenger in the car wreck. His good friend, Roger Rodas, was the driver who also died on the scene.

Paul Walker and Roger Rodas both died during a fatal car crash in November 2013.
(Always Evolving/Facebook)

Walker, who was best known for his role as Brian O’Conner in the movie series, was sitting shotgun in Rodas’ Porsche Carrera GT when he crashed into a lamppost at a high speed. The luxury car became ingulfed in flames and Walker died on the scene.

Walker is survived by his daughter, Meadow Walker, who was 15 years old at the time.

Blink 182 drummer Travis Barker was involved in a plane crash in 2008. Barker was onboard a private jet flying from Columbia, South Carolina to Los Angeles when the plane crashed.

Barker was accompanied by his assistant, Chris Baker, his security guard and best friend, Adam “DJ AM” Goldstein, as well as two pilots, James Bland and Sarah Lemmon. Barker and Goldstein were the only survivors on the plane.

Barker swore off flying for over a decade. He only recently flew again with his wife, Kourtney Kardashian in 2021.

Travis Barker was involved in a fatal plane crash in 2008.
(Getty Images)

“And I said, ‘Well, when the day comes you want to fly, I’m telling you I’ll do it with you. I would do anything with you. And just give me 24 hours notice.’ And that’s what she did.”

The couple wed in Portofino, Italy in May.

George Clooney was involved in a motorcycle accident in Sardinia, Italy in 2018. The actor was taken to the hospital and discharged the same day.

In an interview with The Sunday Times in 2021, Clooney shared that was “fine” not but recalled not knowing if he would survive the crash. “I was waiting for my switch to turn off,” he told the outlet.

George Clooney said he was not sure if he would survive his motorcycle accident in 2018.
(Frederick M. Brown/Getty Images)

“If you’re in the public eye, what you realize when you’re on the ground thinking it’s the last minute of your life is that, for some people, it’s just going to be entertainment for their Facebook page,” he said of people surrounding him and recording him immediately following the crash.

“I’m a pretty positive guy, but that told me—clearly—that you really are here just for their entertainment.”

In June 2014, a Walmart truck crashed into comedian Tracy Morgan’s limousine on the New Jersey turnpike.

The crash killed his friend, comedian James McNair, who was 62 at the time. Morgan was in a wheelchair for five months following the crash.

In the past, Morgan admitted he contemplated suicide following the accident. In an interview with Rolling Stone magazine in 2016, Morgan said, “I thought I was going to die for a long time. I was in a very dark place. I was sitting right here, contemplating suicide. I couldn’t walk.”

Tracy Morgan was involved in a near-fatal car accident when a Walmart truck hit his limousine.
(Photo by Richard Shotwell)

Following the crash, Morgan was in a coma where he said he “visited the afterlife” and his late father.

“He was the one who said, ‘Go home, son. I ain’t ready for you yet,'” Morgan said. “I don’t think I cheated death. I think this was the plan. My room wasn’t ready.”