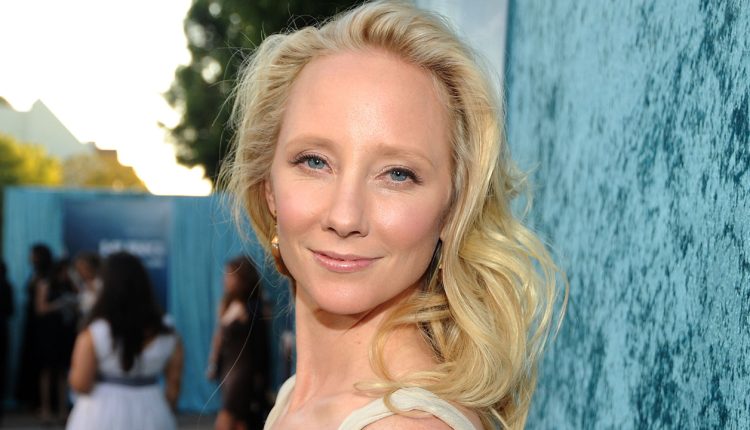 Anne Heche was removed from life support on Sunday after being declared brain-dead on Friday following a fiery car collision the week before. She was 53.

“Anne Heche has been peacefully taken off life support,” a representative for Heche confirmed to Fox News Digital.

Heche suffered a “severe anoxic brain injury” and remained “in a coma” under medical care at the Grossman Burn Center in West Hills for the opportunity to donate her organs through the OneLegacy Foundation.

“It has long been her choice to donate her organs and she’s being kept on life support to determine if any are viable,” her representative confirmed last week.

Anne Heche (pictured in 2010) was removed from life support on Sunday and will donate her organs. The actress was declared brain dead and died on Friday after a fiery crash the week before.
(Jeff Kravitz)

Heche’s son, Homer, confirmed the loss of his mother in a statement shared with Fox News on Friday.

“My brother Atlas and I lost our Mom. After six days of almost unbelievable emotional swings, I am left with a deep, wordless sadness. Hopefully my mom is free from pain and beginning to explore what I like to imagine as her eternal freedom,” he said.

“Over those six days, thousands of friends, family, and fans made their hearts known to me. I am grateful for their love, as I am for the support of my Dad, Coley, and my stepmom Alexi who continue to be my rock during this time. Rest In Peace Mom, I love you, Homer.”

Heche suffered a “significant pulmonary injury” and needed “mechanical ventilation” with “burns that require surgical intervention” following the collision in Mar Vista on August 5 where she crashed her Mini Cooper into a house.

In overhead video captured from the scene as nearly 60 firefighters battled the blaze, Heche was wheeled out from the burning home on a stretcher with a white protective sheet covering her body. Just as they reached the ambulance, she abruptly sat up for a moment before entering the emergency medical vehicle. Following the crash, her rep confirmed Heche “hasn’t regained consciousness since shortly after the accident.”

Heche’s ex, Coley Laffoon, said son Homer was “strong” and would be “OK” in an emotional message shared after her death on Friday.

“I loved her and I miss her and I’m always going to,” Laffoon said in a video posted to Instagram. “Homer is OK. He’s grieving, of course. It’s rough, it’s really rough as probably anybody can imagine. But he’s surrounded by family and he’s strong and he’s going to be OK.”

He added: “Your check-in, showing us your heart, offering prayers and everything, so beautiful, thank you. It’s hard for me, it’s hard for my family, it’s hard for Homer. But we’ve got each other and we have a lot of support and we’re going to be OK.”

Anne Heche and Coleman Laffoon at “Charlie’s Angels: Full Throttle” premiere in 2003. The former couple have one son together.
(Jon Kopaloff)

“Anne is probably – I’d like to think she is free from pain and enjoying or experiencing whatever’s next in her journey,” Laffoon continued. “She came in hot and she had a lot to say.”

He continued while holding back tears, “She was brave and fearless and loved really hard and was never afraid to let us know what she thinks and what she believed in, and it was always love. It was all about love. So, goodbye, Anne. Love you. Thank you. Thank you for all the good times. There were so many. And see you on the other side. In the meantime, I’ve got our son. He’ll be fine. Love you.”

Anne Heche (pictured in 2020) was hospitalized in a coma and suffered a “severe brain injury” after the Friday, August 5 car collision in LA.
(Michael Bezjian)

Heche found small screen success on soap operas in the 1980s, and portrayed twins on “Another World,” which earned her a Daytime Emmy Award and two Soap Opera Digest Awards.

She rose to fame on the silver screen in the late ‘90s for her starring roles alongside Johnny Depp in “Donnie Brasco,” with Harrison Ford in “Six Days, Seven Nights,” and in Gus Van Sant’s remake of “Psycho.”

Heche also previously dated Ellen DeGeneres for three years, a relationship that ended traumatically with Heche claiming the comedian blacklisted her from Hollywood when they split.