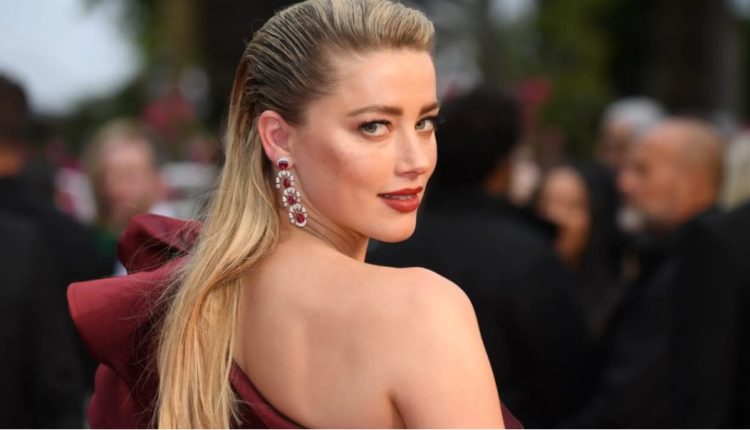 Amber Heard announced on Instagram in July 2021 that she had secretly welcomed baby girl Oonagh Paige Heard via surrogate to whom she’s both “the mom and the dad.”

A photo accompanying the news shows Heard lying down on a white bed with Oonagh curled up asleep on her chest.

A photo combination of Johnny Depp and Amber Heard in court May 18, 2022.
(Kevin Lamarque/Pool via Reuters)

“Four years ago, I decided I wanted to have a child,” she wrote July 1 of last year. “I wanted to do it on my own terms. I now appreciate how radical it is for us as women to think about one of the most fundamental parts of our destinies in this way. I hope we arrive at a point in which it’s normalized to not want a ring in order to have a crib.”

“I hope we arrive at a point in which it’s normalized to not want a ring in order to have a crib,” Amber Heard wrote on Instagram after announcing the birth of her daughter via surrogate

She said her daughter was born on April 8, 2021. In another Instagram post, Heard holds her daughter as they both stare at a computer screen. “I’m just the mom and the dad. She’s the boss,” she wrote July 21, 2021.

Another photo shows her doing curls with her left arm while holding Oonagh in her right with the caption, “Multitasking mama.”

Oonagh turned one three days before Heard had to show up to Fairfax County Circuit Court, in Virginia, for the start of Johnny Depp’s defamation trial against her.

“My little O is a year old today,” she wrote April 8 next to a picture of her and her daughter on the floor playing with pink balloons. “I still can’t believe you’re here. The greatest year.”

Depp is suing Heard for $50 million in Fairfax County Circuit Court, in Virginia, for referring to herself as a victim of domestic abuse in a 2018 op-ed published in the Washington Post.

He said the piece, that did not identify him by name, ruined his reputation and career. Heard is countersuing for $100 million, accusing Depp and his lawyer of defaming her by calling her allegations a “hoax.”

Oonagh ‘s middle name may be in honor of Heard’s mom, Paige Heard, who passed away in May 2020. The name Oonagh is of Irish origin and means lamb.

Friends told Page Six that Heard used a surrogate because she’s unable to carry her own child, and that the “Aquaman” actress is proud to be Oonagh’s sole legal parent.

She hasn’t disclosed the identity of the child’s father or sperm donor – but there has been wild speculation online that her ex-boyfriend, Tesla CEO Elon Musk, could be the baby’s father.

An ex-friend of Heard’s sister, Whitney Henriquez Heard, wrote a declaration that was filed by Depp’s team as part of the defamation case but hasn’t been introduced as evidence.

WHY IS AMBER HEARD LOOKING AT JURY THROUGH TESTIMONY DURING JOHNNY DEPP TRIAL? LEGAL EXPERTS EXPLAIN

Jennifer Howell said that she had chatted with Heard’s late mom while visiting Henriquez. “Paige told me that Amber said Elon was controlling, abusive and that she was in a legal battle with him over the rights to embryos that they had created together,” she wrote in the court filing.

Depp accused Heard of cheating on him with Musk during their marriage – an allegation that she and the SpaceX founder have denied. A spokesperson for Musk didn’t immediately return a request for comment.