The Exciting, Sustainable Advance of Craig Bouchard and Ecolution kWh 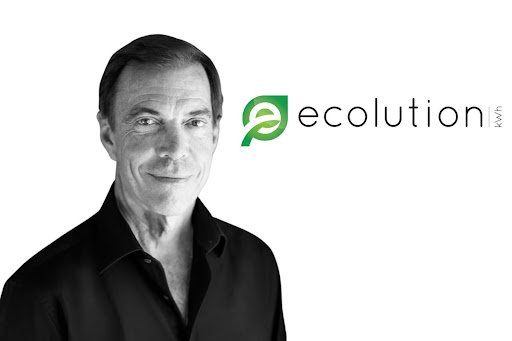 Craig Bouchard, Co-Founder of Ecolution kWh, has worn many hats. Throughout his career, he’s been an entrepreneur, business leader, and environmental activist. But in his latest role as Co-Founder and Executive Chairman of Ecolution, he’s all three. Along with Johanne Medina (CEO) and Johnny Then-Gautier (CTO), Craig Bouchard is catalyzing an evolution in how commercial vehicles use and store energy.

The tech behind Ecolution kWh is multifaceted. Yet while components of the technology can work independently, the synthesis of all Ecolution’s innovations truly excites. Like any innovation, though, Ecolution will need to prove its utility. To that end, many partnerships are in the works. And Craig Bouchard and the Ecolution management team are working hard toward prototyping their concept. But before getting into these projects, here’s an overview of this transformative tech.

In the world of sustainability, affordable energy storage, longer battery life, and greater efficiency are three key initiatives. Start with the first initiative: affordable energy storage. A primary problem with renewables is that renewable energy sources can’t always produce sufficient power. For example, solar power is dormant at night and inefficient in the cold. And wind energy production is nonexistent when the winds don’t blow or when it’s cold (Just ask the State of Texas.) The challenge then is to affordably store energy when it’s produced in excess. That way, when renewable energy sources are dormant, there’s enough in storage to get by.

MARS and the Affordable Storage Problem

Ecolution kWh takes a big step in solving the storage challenge by turning commercial vehicles into rolling power plants. The specific tech is called a Module Active Response, called “MARS” for short. MARS captures the energy created from the rotation of a vehicle’s brake as the vehicle travels 24/7 and processes it to be stored in a battery. The key innovation is the combination of energy capture, storage, and universal compatibility. And, unlike regenerative braking, it can work whenever the vehicle is in motion.

MARS can be placed on four axles with eight alternators in a, for example, 53-foot trailer. With this configuration, assuming an average speed of 60 miles per hour, one trailer could produce 2 MWh of electricity per 8-hour road day. With MARS installed on just .5 percent (10,000) of the United States two million trailers, that’d be as much energy generated as the largest American power companies produce.

But remember: storage is the big problem. And that’s where MARS stands apart. MARS can transfer energy from a battery pack in the trailer to the electric truck engine if installed on a trailer pulled by an electric truck. MARS can also store the energy in a battery pack and transfer it to any warehouse the truck stops. The energy could also potentially be fed into the electric grid, helping to balance the grid during peak-loading periods.

Increasing Efficiency Up and Down the Value Chain

The other two issues mentioned above, battery life and efficiency, are also addressed by MARS. In the world of batteries, especially electric vehicles, battery waste is a major issue. This is because the batteries used in electric vehicles have a limited lifespan. Strict regulations restrict batteries from being used in EVs after they’ve degraded past a certain threshold. But a battery that’s too old for use in electric vehicles is not useless. The retired EV battery can be used for less intensive use-cases, such as storage. In this way, MARS can give new life to old batteries that’d otherwise pollute the environment.

On top of that, on reefer trailers powered by diesel, MARS can replace the traditional heavy diesel tank and refrigeration unit. On average, this reduces the trailer’s weight by 1200 pounds, making the truck more efficient overall.

Theoretical and promising sustainable technologies are a dime a dozen. When those theories are tested in the real world, the wrinkles of truth come out. Bouchard and his team know that, and they’re well on their way to proving the power of their concept.

Late last year, in December 2021, Ecolution announced a partnership with Levo Mobility in St. Paul, Minnesota. The agreement included a Letter of Intent for $30 million from Levo to help electrify the city’s bus fleet. This includes buses used for mass transit and school transportation in the city. And it’s a prime area for MARS to show how it can reinvent the sustainability of public transportation.

Others are jumping at the opportunity to get in on the ground floor. Amarillo, a city located in the Texas panhandle, recently decided to collaborate with Ecolution kWh to help reduce their operating costs by implementing MARS technology. The city’s mayor, Mayor Ginger Nelson, and Amarillo’s City council voted unanimously to approve the collaboration.

Great Potential for MARS in the City of Amarillo, Texas

The plan in Amarillo is to start with a fleet of garbage hauling trucks. According to Amarillo’s City Manager, RIch Ganon, seven such trucks are currently making a daily 32-mile trip in the city. The idea is to equip these trucks with the MARS system so they can store kinetic energy during their route. The energy stored will power the home base or Amarillo’s fleet of electric vehicles.

But as exciting as this first application is, what’s truly compelling is the potential of this partnership. The City of Amarillo is also a major railway hub. That means that as long as the initial truck application works well, Ecolution kWh could expand to rail very soon in Amarillo. And there are talks that the city’s buses will also be equipped with energy storage.

Even with just the initial application on waste hauling trucks, estimates show the city could significantly reduce its energy costs of $2 million per year—the icing on the cake: zero upfront costs for Amarillo and its taxpayers.

How energy is generated, stored, and distributed is an existential problem for the human race. As is the challenge of creating, recycling, and disposing of the tools needed to generate, store, and distribute energy. Too often, entrepreneurs, activists, and politicians ignore this and oversimplify the challenge of sustainability.

Craig Bouchard and his incredible founding team don’t make this mistake. And it’s reflected in their technology. While the core of their tech is about storing kinetic energy, the genius is in the details. By holistically tackling energy storage, generation, and distribution, the team behind MARS gives sustainability a true cause for optimism.

How to Retain Skilled Staff in Your Business

What is gravity bong?

What is a grinder?

Why Everyone Can Benefit From Learning Basic Selling Skills

5 Essential Tips on How to Start a Business

Energy crisis: Europeans on the verge of…