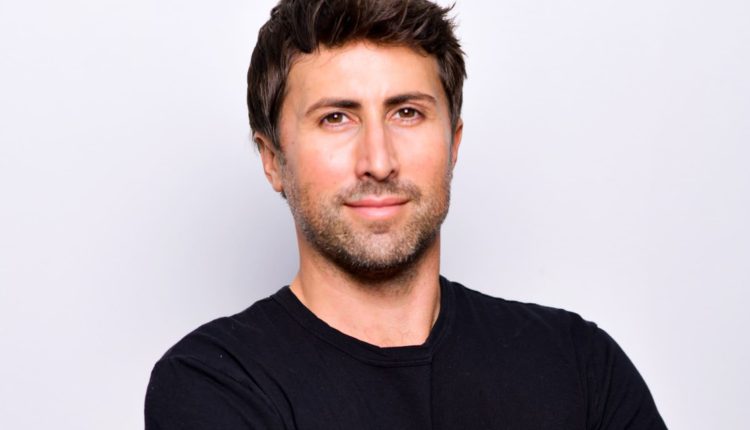 Mobile banking app provider Dave has enough cash to survive the current downturn for fintech firms and reach profitability a year from now, according to CEO Jason Wilk.

The Los Angeles-based company got caught up in the waves rocking the world of money-losing growth companies this year after it went public in January. But Dave is not capsizing, despite a staggering 97% decline in its shares, Wilk said.

“We’re trying to dispel the myth of, ‘Hey, this company does not have enough money to make it through,'” Wilk said. “We think that couldn’t be further from the truth.”

Few companies embody fintech’s rise and fall as much as Dave, one of the better-known members of a new breed of digital banking providers taking on the likes of JPMorgan Chase and Wells Fargo. Co-founded by Wilk in 2016, the company had celebrity backers and millions of users of its app, which targets a demographic ignored by mainstream banks and relies on subscriptions and tips instead of overdraft fees.

Dave’s market capitalization soared to $5.7 billion in February before collapsing as the Federal Reserve began its most aggressive series of rate increases in decades. The moves forced an abrupt shift in investor preference to profits over the previous growth-at-any cost mandate and has rivals, including bigger fintech Chime, staying private for longer to avoid Dave’s fate.

“If you told me that only a few months later, we’d be worth $100 million, I wouldn’t have believed you,” Wilk said. “It’s tough to see your stock price represent such a low amount and its distance from what it would be as a private company.”

The shift in fortunes, which hit most of the companies that took the special purpose acquisition company route to going public recently, has turned his job into a “pressure cooker,” Wilk said. That’s at least partly because it has cratered the stock compensation of Dave’s 300 or so employees, Wilk said.

In response, Wilk has accelerated plans to hit profitability by lowering customer acquisition costs while giving users new ways to earn money on side gigs including paid surveys.

The company said earlier this month that third-quarter active users jumped 18% and loans on its cash advance product rose 25% to $757 million. While revenue climbed 41% to $56.8 million, the company’s losses widened to $47.5 million from $7.9 million a year earlier.

Dave has $225 million in cash and short-term holdings as of Sept. 30, which Wilk says is enough to fund operations until they are generating profits.

“We expect one more year of burn and we should be able to become run-rate profitable probably at the end of next year,” Wilk said.

Still, despite a recent rally in beaten-down companies spurred by signs that inflation is easing, investors don’t appear to be convinced about Dave’s prospects.

“Investors haven’t jumped back into fintech more broadly yet,” Devin Ryan, director of fintech research at JMP Securities, said in an email. “In a higher interest rate backdrop where the cost of capital has been materially raised, we don’t see any abatement in investors challenging companies toward operating at cash profitability … or at the very least, demonstrating a clear and credible path toward that.”

Among investors’ concerns are that one of Dave’s main products are short-term loans; those could result in rising losses if a recession hits next year, which is the expectation of many forecasters.

“One of the things we need to keep proving is that these are small loans that people use for gas and groceries, and because of that, our default rates just consistently stayed very low,” he said. Dave can get repaid even if users lose their jobs, he said, by tapping unemployment payments.

Investors and bankers expect a wave of consolidation among fintech startups and smaller public companies to begin next year as companies run out of funding and are forced to sell themselves or shut down. This year, UBS backed out of its deal to acquire Wealthfront and fintech firms including Stripe have laid off hundreds of workers.

“We’ve got to get through this winter and prove we have enough money to make it and still grow,” Wilk said. “We’re alive and kicking, and we’re still out here doing innovative stuff.”