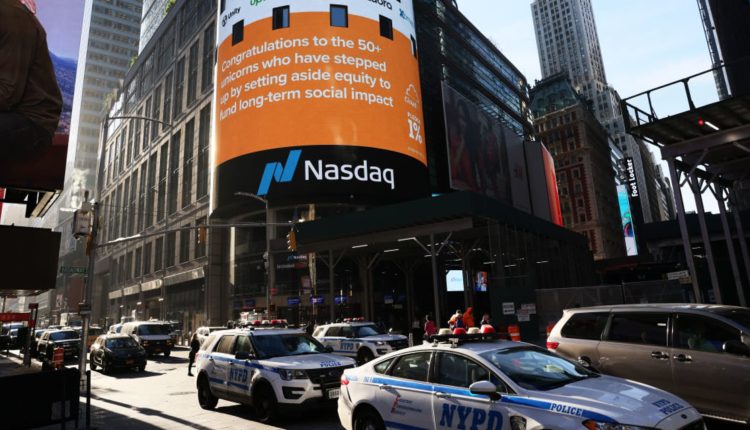 Check out the companies making headlines before the bell:

Procter & Gamble (PG) – The consumer products giant’s quarterly earnings of $1.57 per share beat estimates by 3 cents with revenue also topping Wall Street forecasts. Results were helped by a 7% boost in organic sales, although P&G cut its full-year revenue forecast due to the impact from a stronger US dollar. P&G rose 1.7% in the premarket.

Travelers (TRV) – Travelers added 1% in premarket trading after beating top and bottom line estimates for its latest quarter. The insurance company’s catastrophe losses rose from a year ago, but its results were helped by record insurance premiums.

Netflix (NFLX) – Netflix surged 12.2% in premarket trading after reporting it added 2.4 million subscribers during its latest quarter. That was more than twice the video streaming service’s prediction and reversed a trend that saw it lose subscribers for the past two quarters.

Adobe (ADBE) – The software maker’s stock rose 1.7% in the premarket after it reaffirmed its prior current-quarter outlook, encouraging investors who have seen other tech companies cut their forecasts as sales decline.

Intuitive Surgical (ISRG) – Intuitive Surgical rallied 10% in off-hours trading after its quarterly earnings and revenue topped Wall Street forecasts. The medical equipment maker’s results were helped by a roughly 20% jump in the number of procedures performed with its da Vinci robotic surgical devices.

Here’s what changed in the new Fed statement

2022 was the ‘real year of the Great Resignation,’ says economist