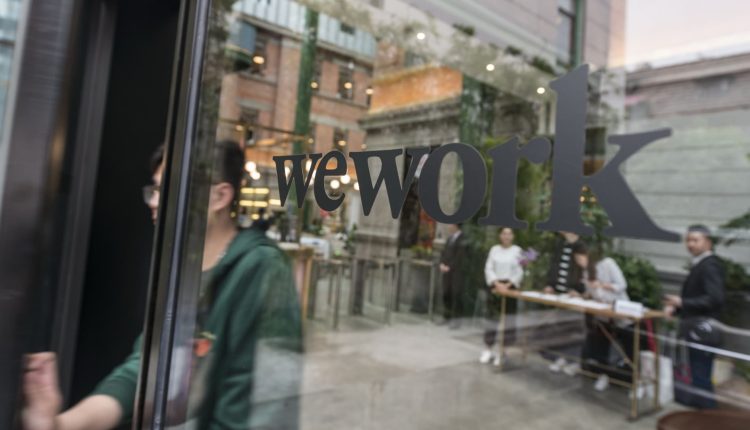 Check out the companies making headlines in midday trading Thursday.

WeWork — Shares of WeWork jumped more than 9% after Credit Suisse initiated coverage of the office-sharing stock with an outperform rating and an $11 price target, more than double its Wednesday closing level. The firm said the company is poised to benefit from its first mover advantage.

Snowflake — The cloud data provider saw its shares advance more than 9% after JPMorgan upgraded them to overweight from neutral and said the company is “reaching an inflection point in terms of material Free Cash Flow generation.” The firm also reiterated its price target, which is about 30% from where the stock closed Wednesday.

United Airlines — Shares dropped more than 3% after the company cut 12% of flights out of Newark in a bid to reduce delays. United Airlines is trimming 50 flights on a daily basis starting July 1.

Rite Aid — The pharmacy’s shares jumped 15% after the company reported better-than-expected revenue and a smaller-than-expected quarterly loss for its most recent quarter.

Revlon — Revlon slid 12%, following a three-day win streak for the beauty stock that followed its Chapter 11 bankruptcy filing last week. The cosmetics maker’s shares have surged more than fourfold over the past three sessions.

Veeva Systems — Shares of Veeva Systems, a cloud-based software provider for the life sciences industry, rose 5.7% after Goldman Sachs initiated coverage of the stock with a buy rating. The firm said the company is set up for success thanks to its strong margins and lead in CRM solutions, which Goldman called its “competitive moat.”

Funko — Shares of Funko, the maker of vinyl figurines and bobbleheads, jumped 12% after JPMorgan upgraded the stock to overweight from neutral and said the stock has upside even as economic growth slows, calling the toy industry a safe haven.

Factset Research Systems — The financial data company saw its stock rise more than 5% after reporting better-than-expected results for its fiscal third quarter. FactSet reported adjusted earnings of $3.67 per share on $489 million of revenue. Analysts surveyed by Refinitiv had penciled in $3.23 in earnings per share on $477 million of revenue. FactSet also said it expected growth to be at the upper end of previous guidance for the full fiscal year.