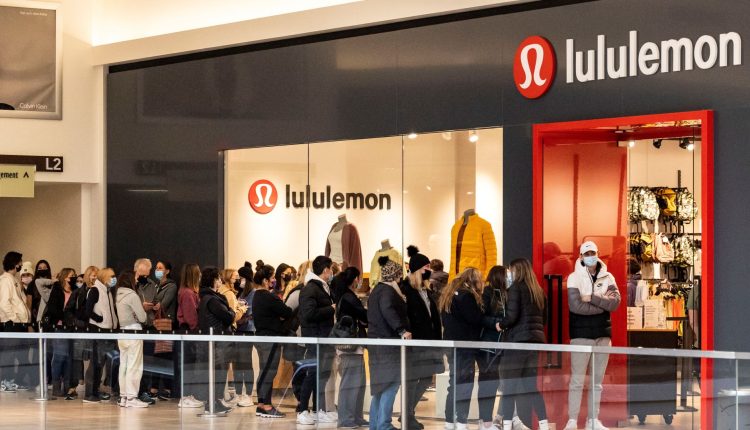 People line up to enter a store during Black Friday shopping at Fashion Outlets of Chicago in Rosemont of Greater Chicago Area, Illinois, the United States, on Nov. 26, 2021.

Check out the companies making headlines in extended trading.

Lululemon Athletica — Shares of the athleisure apparel company gained about 1% following the its quarterly financial results. Earnings and revenue topped estimates of Wall Street analysts, boosted by growth online and in the retailer’s men’s division. The company also raised its outlook for fiscal 2022.

RH — The luxury home furnishings company saw shares fall 2.2% after an initial spike right after the release of strong earnings and revenue for its most recent quarter. Weighing the stock was a weak full-year forecast. It expects second-quarter revenue to decline 1% to 3%, compared with estimates of a 5% increase, according to Refinitiv.

Okta — The maker of authentication and authorization services saw its stock surge 16% after it reported revenue of $415 million for its most recent quarter, compared with analysts’ estimates of $389 million. Its loss of 27 cents per share was narrower than expected. Analysts estimated a loss of 34 cents per share, according to Refinitiv.

CrowdStrike — The cloud company’s shares slid 3.7% despite CrowdStrike posting a beat on both earnings and revenue for its most recent quarter.