‘Billions of dollars get left behind’: The 401(k) industry now has a ‘lost and found’ for your old retirement accounts 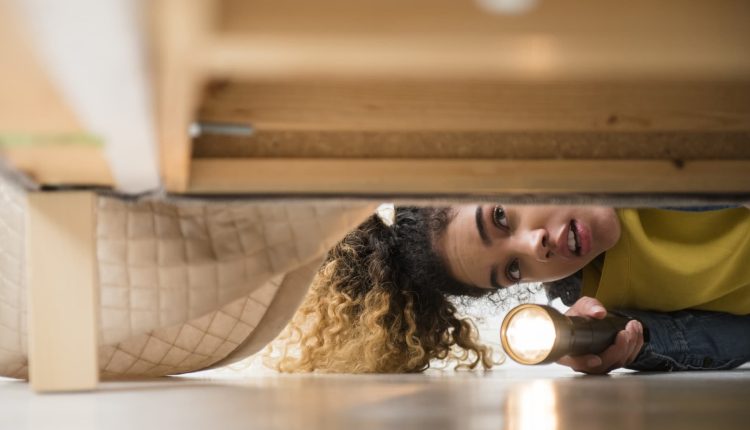 401(k) plans hold a whopping $7.7 trillion in retirement savings. But cash-outs of small accounts pull billions from the system each year and can harm investors’ chances of a secure retirement, research shows.

A trio of the industry’s largest 401(k) administrators — Fidelity Investments, Vanguard Group and Alight Solutions — have teamed up to change that.

Along with Retirement Clearinghouse, they created a consortium — Portability Services Network, LLC — to automatically reconnect workers with old 401(k) accounts they may have lost or left behind after leaving a job.

The partnership, which the companies call a first of its kind for the industry, is meant to address what they see as a structural flaw in the current retirement system.

More from Personal Finance:
How to invest heading into a recession
Americans prioritize Amazon Prime, Netflix over food spending
More car buyers pay at least $1,000 a month for their loans

If workers leave behind 401(k) accounts with less than $1,000, current rules let employers cash out the funds and issue a check. That cash-out may come with taxes and penalties if you don’t move the funds to a new qualified retirement plan within a short window.

Employers generally can’t cash out accounts of $1,000 or larger. But they can shift those with $1,000 to $5,000 out of a 401(k) and into an individual retirement account, where — unless the employee takes action — funds are often invested by default in cash on their behalf, a strategy inconsistent with building a nest egg over decades, experts said

Employee- and employer-initiated cash-outs are a “serious problem” that led $92.4 billion to flow out of 401(k) plans in 2015, according to most recent data from the Employee Benefit Research Institute.

Automatically reconnecting workers to accounts with less than $5,000 could add up to $1.5 trillion kept in the retirement system over 40 years, according to EBRI.

“Billions of dollars get left behind or is just cashed out, and [workers] pay taxes on it and spend it, which isn’t good for their long-term retirement savings,” said Philip Chao, a certified financial planner and founder of Experiential Wealth in Cabin John, Maryland.

How the new consortium will work

This is where the new consortium of plan administrators is focusing their efforts. When a worker changes jobs and has $5,000 or less in their account, Fidelity, Vanguard and Alight will automatically shift 401(k) assets to the employee’s new workplace plan when possible. Basically, the money will follow the worker.

The worker can choose to cash out at that time, though Dave Gray, head of workplace retirement platforms at Fidelity, expects more than 90% to keep the money invested.

And it’s not just 401(k) balances — the transfers will also apply to similar workplace plans outside the private sector, including 403(b), 401(a) and 457 plans. Women, minority and low-income savers stand to benefit most, since they disproportionately have account balances of less than $5,000, Gray said.

“This money matters and it’s critical,” he said.

If the participant moves outside the universe of these three firms, then you haven’t really improved the outcome.

As things stand, there’s a shortcoming: The firms can only facilitate the transaction if workers move to or from an employer with a retirement plan administered by Fidelity, Vanguard or Alight.

“If the participant moves outside the universe of these three firms, then you haven’t really improved the outcome,” Chao said.

The firms account for roughly 44 million workplace retirement savers, or roughly 40% of the market. They collectively work with 48,000 employer-sponsored retirement plans.

Their aim is to grow the roster of companies in the consortium to boost the number of investors who can benefit.

So-called “leakage” from the retirement system due to cash-outs has become a more pervasive issue as workers change jobs with greater frequency and more employers automatically enroll workers into their company 401(k), Chao said. The latter dynamic boosts the number of overall savers but may also create many small accounts of which their owners aren’t aware.

Retirement Clearinghouse serves as the engine facilitating the transfers among administrators and will manage day-to-day operations, Gray said. The companies charge a one-time fee to workers for the service: 5% of the account balance, capped at $30. Accounts with less than $50 aren’t charged.

The fee is expected to come down over time, Gray said. The service is meant as a utility to retirement savers and the consortium is operating at a break-even price, he added.

But the industry has been shifting away from an asset-based fee model toward one that charges based on the overall number of investors in a plan, meaning the new service isn’t necessarily a “financial win” for administrators, Gray said.

Stocks making the biggest moves in the premarket: Apple, Taboola, Biogen and more

Holiday rush: Why investors may want to add retail ETFs to their cart