Electric Vehicle Sales are Expected to Triple by 2025 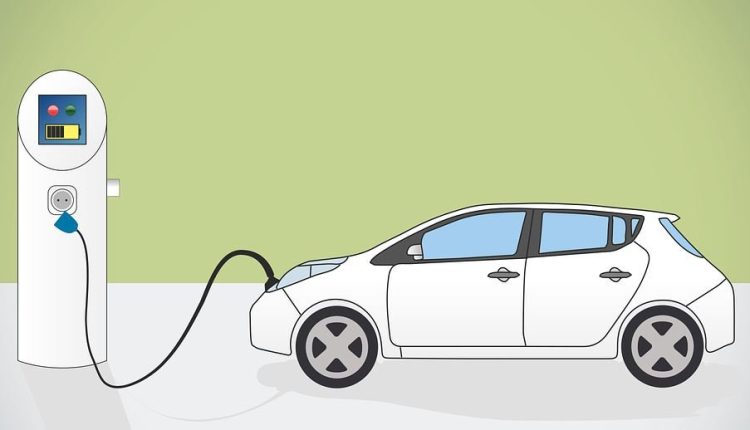 Everyone who has tried to buy a car within the past two years (or even those who just listen to the news) knows that auto prices have skyrocketed, and used cars have nearly doubled in price. For example, used Toyota pickup trucks often go for nearly the same price as a new truck despite being ten years old. Microchip shortages are causing a shortage of new vehicles, resulting in price gouging from dealerships.

Electric cars have doubled in price on the used market, while new models routinely force owners onto a one or two-year wait list (depending on the brand). Despite this, electric vehicle sales are still expected to triple by 2025.

In this article, we will discuss why electric vehicles are an attractive buying option to consumers today, some arguments against electric car ownership, and sales forecasts for the upcoming years.

Why Are Electric Cars Popular?

At this time, there are so many benefits to owning an electric car that it is fairly simple to understand why electric car sales have risen so much. Electric vehicles offer superior acceleration, price savings (in the long run), less maintenance, and at-home charging, which offers better convenience than visiting a gas station.

One of the most common arguments against electric cars is that they are currently expensive. Prices of used cars have indeed been rising dramatically in this market. But it’s also worth noting they used to primarily be six-figure vehicles, whereas now there are plenty of options to pick up an affordable EV for under $50,000. For example, options for a new sub $50,000 electric car include the Hyundai Ioniq5, Kia EV6, Nissan Leaf, and the Chevy Bolt EUV.

The second major reason why electric cars are becoming more desirable is because of the technology they offer. Tesla started the trend of bringing massive digital displays, cameras, self-driving technology, and funny ‘easter eggs’ and hidden features to their cars.

Since Tesla started integrating these features, other manufacturers have followed suit by including vertical or horizontal displays the size of computer monitors, self-driving features, and video games you can play directly on displays. These advanced features, combined with their efficient electric technology, are also the primary factors behind Tesla’s success and have helped make them a lucrative investment opportunity as well.

Contrary to what you may have heard, electric cars are not completely free of emissions. As a result, many argue that since electric vehicles are still powered by fossil fuels like coal or natural gas, they don’t offer any serious environmental benefits over gas-powered vehicles.

In reality, studies show that having an electric car powered by coal from a power plant creates equivalent CO2 to a gas-powered vehicle getting 46 miles per gallon. Since electric power plants have become extremely efficient at making power (as less coal used to make energy = more profit), the losses in energy from the power plant to electric vehicles are very minimal.

Another argument against electric vehicles is that the battery is bad for the environment and cannot be recycled. This is slightly true but is becoming less of an issue. For example, all new Teslas also are now fully recyclable and reusable from the lithium-ion battery to the car itself.

It’s clear that electric cars represent the future of everyday transportation as the arguments in favor of electric vehicle ownership begin to hold more and more weight. This is why more people than ever are beginning to consider buying or leasing an electric vehicle.

Projected sales of electric vehicles are looking very strong for the next few years, until at least 2035. Tesla has sold out of Model Ys until the end of the year, Lucid currently can’t make enough vehicles to fill their demand, and Rivian has multiple hundreds of thousands of pre-orders waiting to be fulfilled.

On top of this, Tesla set the record for the most pre-ordered item ever, with the Tesla cyber truck at over 1.25 million pre-orders. To put that in perspective, more people have ordered a $50,000+ truck than those who ordered Grand Theft Auto V, a $60 video game that was the previous record holder for pre-orders.

Legacy automakers are also selling electric vehicles at a high rate. For instance, Hyundai and Kia continue to sell out their EV6 and Ioniq5 electric crossovers, both of which have stopped taking pre-orders to fulfill current orders. The demand will continue to rise as California recently passed a ban on the sale of new gas vehicles by 2035. Presumably, many other states (or the nation itself) will follow suit.

A recent report expects that sales of plug-in electric cars will reach over 20.6 million units in 2025, an increase from the prior projection of 14 million units. It will take much time to truly replace the more than 1.2 billion gas-powered cars that exist on the road today. But at the current rate, perhaps this gradual replacement will happen sooner than expected.

It may be a hard time to currently buy an electric vehicle, but it is something that you may legally have to do within the next decade and a half. Be aware of changing tides, and prepare to invest properly.

You may be interested in: Renewable and Clean Technology Trends