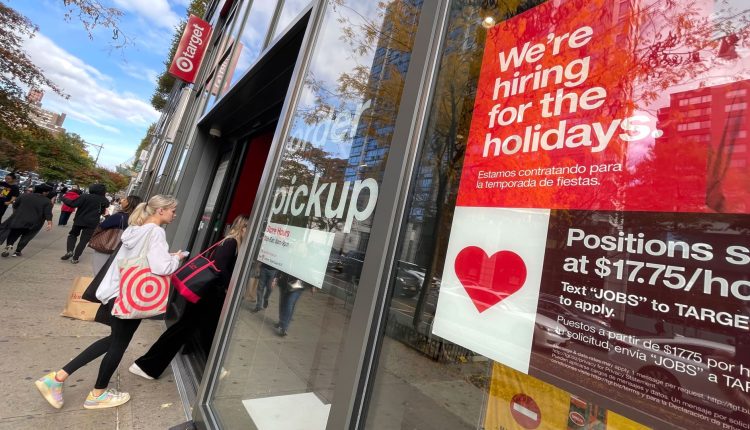 Private hiring slowed sharply during November in a sign that the historically tight labor market could be losing some steam, according to a report Wednesday from payroll processing firm ADP.

Companies added just 127,000 positions for the month, a steep reduction from the 239,000 the firm reported for October and well below the Dow Jones estimate for 190,000. It also was the lowest total since January.

The relatively weak total comes amid Federal Reserve efforts to loosen up a jobs picture in which there are still nearly two open positions for every available worker. The central bank has raised its benchmark borrowing rate six times this year, but the unemployment rate is still 3.7%, near the lowest since 1969.

“Turning points can be hard to capture in the labor market, but our data suggest that Federal Reserve tightening is having an impact on job creation and pay gains,” said ADP chief economist Nela Richardson. “In addition, companies are no longer in hyper-replacement mode. Fewer people are quitting and the post-pandemic recovery is stabilizing.”

The ADP report comes two days before the Labor Department releases its more closely watched nonfarm payrolls count. Economists polled by Dow Jones expect that report to show a gain of 200,000 after an increase of 261,000 in October.

In the ADP report, the biggest sector gainer by far was leisure and hospitality, which saw an increase of 224,000.

Even with the shaky jobs numbers, salaries continued to climb.

Pay increased 7.6% from a year ago, ADP said, though that was a slightly slower pace than the 7.7% reported for October.

U.S. GDP rose 2.9% in the fourth quarter, more than expected even as recession fears…

Wholesale prices fell 0.5% in December, much more than expected

As China reopens and data surprises, economists are starting to get less gloomy