Inflation rose 0.1% in August even with sharp drop in gas prices 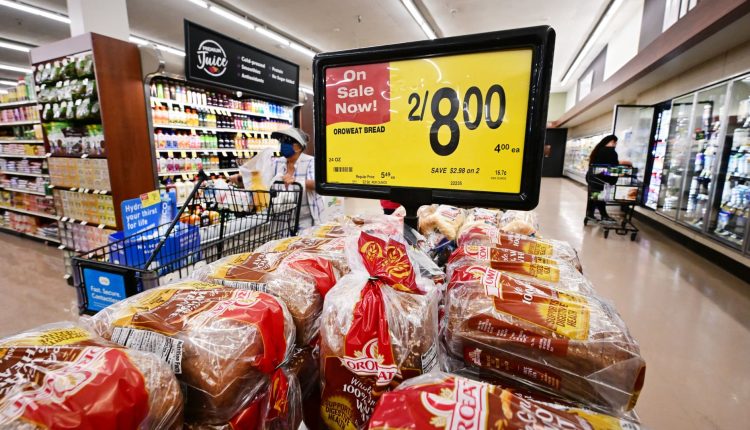 Inflation rose more than expected in August as rising shelter and food costs offset a drop in gas prices, the Bureau of Labor Statistics reported Tuesday.

The consumer price index, which tracks a broad swath of goods and services, increased 0.1% for the month and 8.3% over the past year. Excluding volatile food and energy costs, CPI rose 0.6% from July and 6.3% from the same month in 2021.

Economists had been expecting headline inflation to fall 0.1% and core to increase 0.3%, according to Dow Jones estimates. The respective year-over-year forecasts were for 8% and 6% gains.

Energy prices fell 5% for the month, led by a 10.6% slide in the gasoline index. However, those declines were offset by increases elsewhere.

The food index increased 0.8% in August and shelter costs, which make up about one-third of the weighting in the CPI, jumped 0.7% and are up 6.2% from a year ago.

Markets slumped following the news, with futures tied to the Dow Jones Industrial Average down nearly 350 points after being higher earlier.

Treasury yields leaped higher, as the two-year note, which is most closely tied to Federal Reserve interest rate moves, surging 0.13 percentage point to 3.704%.

Markets had been widely expecting the Fed to enact a 0.75 percentage point rate increase at its meeting next week. Following the CPI release, traders took the possibility of a half-point move completely off the table and even were pricing in a 10% chance of a full percentage point hike, according to CME Group data.

“They’re watching for where inflation is coming from,” said Quincy Krosby, chief equity strategist at LPL Financial. “It’s very clear to them that it’s food, it’s transportation and it’s rent. Rent keeps marching higher. That is the most stubborn of everything the Fed is fighting at this point.”

The report presented conflicting sides of the inflation picture.

After peaking above $5 a gallon this summer, gasoline prices have pulled back sharply. However, the cost of living in other key areas such as food and shelter continue to push higher, raising concerns that inflation that had been concentrated is now beginning to spread.

To combat the surge, the Federal Reserve has raised interest rates four times this year for a total of 2.25 percentage points. Tuesday’s report was not expected to have great impact on the September meeting but rather through the end of the year and into 2023 as the central bank looks to tame inflation without tanking the economy.

The economy broadly has struggled in 2022 after posting its best year since 1984 last year, and inflation has played a major role. Gross domestic product contracted in each of the first two quarters, meeting a widely accepted definition of recession, and is on track to rise at just a 1.3% annualized pace in the third quarter, according to the Atlanta Fed.

There was some good news for workers in the August report, as real average hourly earnings adjusted for inflation rose a seasonally adjusted 0.2% for the month. However, they remained down 2.8% from a year ago.

The Fed is hoping to slow a labor market that has posed solid job gains through the year. Specifically, policymakers are concerned about a huge gap between job openings and available workers as labor force participation is stuck below its pre-pandemic levels. That has resulted in rising wages that have in turn put pressure on prices.