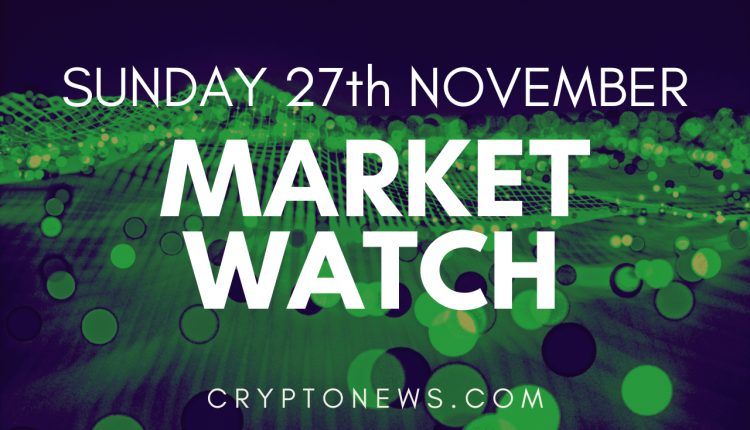 Following the rebound above $15,500, Bitcoin price prediction remains neutral during the European session. Since then, BTC has been trading in a narrow range of $16,350 to $16,750. The market’s volatility is low this weekend, and thin trading keeps price action limited.

Yes, it has happened again. One more cryptocurrency trading platform has decided to stop processing withdrawals, making it impossible for their customers to receive their funds.

Staking platform Freeway is at the center of this controversy since it claims that one of its trading techniques has tanked. This is why it has temporarily stopped processing withdrawals for customers.

In a statement, Freeway announced:

The trading strategy was executed as it was programmed, but the market volatility caused a spike in margin utilization leading to the loss.

For the past several months, this has been a recurrent theme in the cryptocurrency industry, though to be fair, this is the first time a corporation seems to be blaming itself for the outcome. One of Freeway’s investment methods reportedly failed.

Most other instances of withdrawal halts have been justified by firms as necessary precautions against the continuous speculation and volatility in the markets. In one of the most prominent cases of a withdrawal freeze this year, users of Celsius, a cryptocurrency lending company that has been in the headlines for the past few weeks, saw their funds frozen.

When Celsius abruptly stopped withdrawals throughout the summer, the eyebrows of its customers and outside observers alike were raised in amazement and disgust.

But Celsius didn’t stop there; it fanned the flames by announcing it would be filing for bankruptcy, shielding its executives from legal action by angry customers, lenders, and anyone else with financial stakes in the company.

As a result, this could be one of the reasons for the crypto industry’s slow recovery and massive selling pressure.

This is not surprising, especially since withdrawals from well-known exchanges have been suspended, and it is becoming a common practice. A new tweet by Santiment, dated November 27, claimed that Bitcoin HODLers were shifting their BTC from exchanges and into cold storage.

While 6.95% of Bitcoin was available on exchanges at the time of the tweet, that number has since increased.

This chart shows that the number of Bitcoins available on exchanges has fallen to its lowest level in four years. The current trend of BTC being removed from exchanges began in 2020, but has recently accelerated as a result of the FTX fallout.

A drop in Bitcoin’s exchange price, however, does not indicate waning consumer enthusiasm for BTC.

The current Bitcoin price is $16,542, and the 24-hour trading volume is $19 billion. Bitcoin is mostly unchanged in the last 24 hours, tossing in profits and losses which are not significant.

On Weekend, the BTC/USD is trading choppy, with a narrow trading range of $16,300 to $16,800. In order to forecast future trends, Bitcoin must first break through the previously mentioned trading range.

In the 4-hour timeframe, the BTC/USD pair is currently holding above the 23.6% Fibonacci retracement level of $16,400, and a breakout of this level can determine the next trading range.

Leading technical indicators, such as the RSI and MACD, are oscillating between buying and selling ranges, indicating investor indecision.

The 50-day moving average, on the other hand, is keeping the BTC supported near $16,450, indicating a high likelihood of an uptrend continuation.

Despite the slowdowns of the market, a few coins have immense upside potential. Let us take a closer look at them.

Dash 2 Trade is an Ethereum-based trading intelligence platform that provides real-time analytics and social data to traders of all skill levels, allowing them to make better-informed decisions. The platform will go live in the first quarter of 2023, providing investors with information to help them make proactive trading decisions.

Dash 2 Trade, a platform for crypto trading intelligence and signals, has piqued investors’ interest after raising $7 million in just over a month. As a result, the D2T team has decided to call it quits at stage 4 and lower the hard cap target to $13.4 million.

Dash 2 Trade has also been a success, with two exchanges (LBank and BitMart) promising to list the D2T token once the presale concludes. 1 D2T is currently valued at 0.0513 USDT, but this will rise to $0.0533 in the final stage of the sale.

D2T has so far raised over $7 million by selling more than 82% of its tokens.

RobotEra (TARO) is a Sandbox-style Metaverse with an alpha version set to launch in the first quarter of 2023.

On its platform, gamers will be able to play as robots and help build its virtual world, which will include NFT-based land, buildings, and other in-game items.

TARO has already raised more than $240,000, and 1 TARO is usually sold for 0.020 USDT (it can be purchased with either USDT or ETH), but this price will increase to $0.025 during the second stage of its presale, which will begin soon.

Calvaria is a brand-new bitcoin gaming company with the potential to dominate the play-to-earn market. The requirement for cryptocurrencies in order to play has proven to be a significant barrier to widespread Web3 gaming adoption, according to Calvaria (RIA) developers.

As a result, the game will have both free-to-play and pay-to-win modes, with the free-to-play mode available to players without cryptocurrency.

Since its inception, the presale has raised nearly $2 million and is now in its final stages after the developers decided to end it early. The presale was to last ten stages and offer 300 million RIA tokens.

However, the developers have decided to change the presale offering, which means that stage 5 will be the last opportunity for investors to purchase RIA before they are released to the public market, where prices are expected to pump.

California DMV to Use Blockchain Technology for Record Keeping